Historical: Richard Carapaz is the champion of the Tour of Switzerland 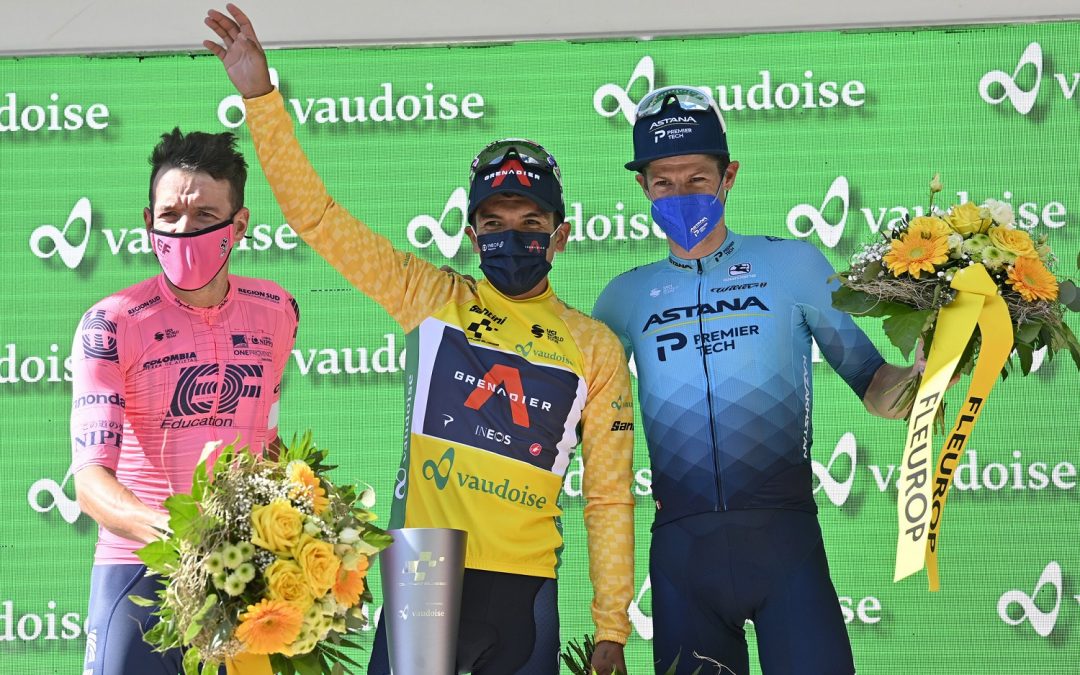 The Ecuadorian cyclist Richard Carapaz was crowned champion of the Tour de Suisse, this Sunday, June 13, 2021 and in this way strengthened his excellent sports and physical form for his participation in the Tour de France (June 26 to July 18).

The well-known Carchi Locomotive arrived on this last day dressed in yellow and bravely defended his leadership. He added another historic triumph, this time in the 84th edition of the Tour de Suisse, one of the most important stage races of the UCI World Tour.

Obtaining this victory fills the Ecuadorian with confidence. “In the end it is a really beautiful victory, we have worked very hard to achieve it, we have been in great shape, we have been testing ourselves to see where we are all and winning here in Switzerland gives me a lot of confidence and the team too, it is a beautiful race, and winning it makes it much better, and having this title on my list is something very special, I am very happy ”.

Carapaz stressed the importance of having the support of his team in the end. “At the beginning of the day we weren’t many seconds ahead of Rigo, but I knew I was feeling good and that the team is doing very well, I have a lot of confidence in them and they in me. When Rigo attacked I was there, and during the final it was very important to have a teammate with me, it makes you feel stronger and it was great to get to the line together.

“It’s good to come here, we’ve been working hard since last year and it’s great to get this result. It has been one of my main objectives, so coming out with victory gives me confidence and the team also ahead of the rest of the summer, ”added the INEOS Grenadiers rider.

Colombian Rigoberto Urán, who the day before climbed to second place overall, was only 17 seconds behind the tricolor. For this reason, the ‘Toro de Urrao’ tried attacks to cut time, but Carapaz was always strong to control the race and preserve the position of honor.

The great Colombian figure highlighted the strength of the champion and was satisfied with his performance in this, his last preparation test prior to the Tour de France. “Richard is very well, he is a great climber and I am very happy to finish as we finished this Tour of Switzerland, I am quite happy.”

“It was quite a steep climb. We wanted to try it on the last climb, we knew it was going to be complicated, but the important thing was to try and look for the bonus here, ”added the EF Pro Cycling rider.

The eighth and last stage was won by Gino Mader (Bahrain Victorious), who took advantage of the attack attempts by Colombian Urán to get out of the group of escapees and gamble for the victory against a measured work on the way to the goal.