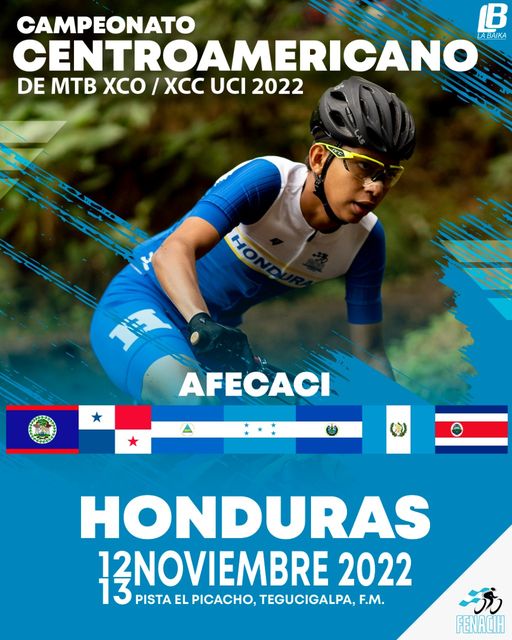 With the incentive of granting places for the Central American and Caribbean Games and the Pan American Games, Honduras will organize the Central American Mountain Bike (MTB) championship, which is the first time that a regional festival of this type takes place in Honduran territory.

The countries that will be present at the contest will be Guatemala, El Salvador, Costa Rica, Nicaragua, Panama and the hosts. The route will take place on the various trails of the El Picacho National Park, where many maintenance works are already being carried out so that the cyclists have a good experience and greater comfort in the Central American MTB Honduras 2022.

The Pan American Cycling Confederation (Copaci), upon ratifying the venue, informed that the countries of the region will be competing for five places in the elite category (men and women) for the Central American and Caribbean Games in San Salvador 2023 and a direct place for the Games. Pan American Games of Santiago de Chile 2023 to the best in the male and female elite.

The Official categories to compete will be: Elite, sub23, Youth. And the open categories Master A, B, C cadets and Men’s and women’s Precadets will look for the new Central American champions.

Thanks to the different work teams of the National Cycling Federation of Honduras FENACIH” who are working to host a regional mountain biking party for the first time in Honduras.

Registrations will be received by mail: fenacihinscripciones@gmail.com