I will give everything for the pink jersey, promises Ecuadorian cyclist Carapaz 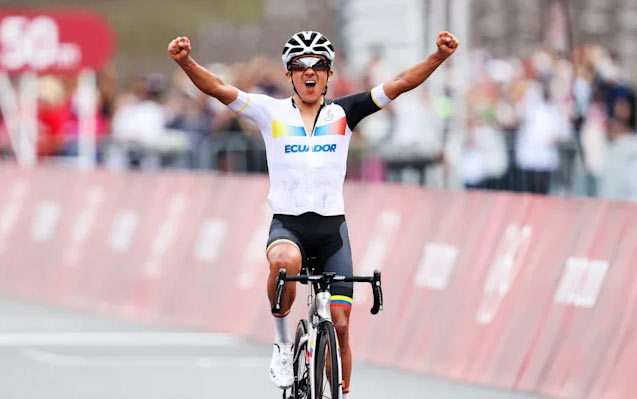 Ecuadorian cyclist Richard Carapaz promised this Monday, on the third and last day of rest, to do his best to finish as leader of the Giro d’Italia, a position he currently occupies after having already disputed 15 stages.

I am calm, and with the team I am prepared for what is to come, said Carapaz, who acknowledged that the Bora formation controlled the most recent stages at a collective level, but recalled that now there are days with long climbs, with much more unevenness.

The last week is favorable for me, I focused my preparation for the mountain, and we also have the pink jersey, which is an extra motivation for me and the team. There is a lot of Giro left, but I am motivated and I will give everything to defend it, he commented.

For the winner of the Giro in 2019, the key will be these stages that are coming, starting with the one on Tuesday, March 24, with the Mortirolo on the route.

Tomorrow’s stage is very hard, with more than five thousand meters of unevenness. The fatigue will show, and in the following stages there will be no calm, so it will be necessary to concentrate every day, he declared.

In this regard, he added that the function of the Ineos set in the mountain stages will be important, much more than the weather factor, because in the last few days he had to battle almost alone.

Staying alone in the race influences a lot, but we have Porte, Sivakov, Castroviejo, in the peloton we are the majority. This week will be important because of the mountain stages, having teammates by your side gives confidence, he said.

Regarding the rivals to take into account, Carapaz highlighted the Australian Jay Hindley, the Portuguese Joao Almeida and the Spanish Mikel Landa, who are no more than a minute away.