In March there will be Pan American Paracycling Championship in Maringá 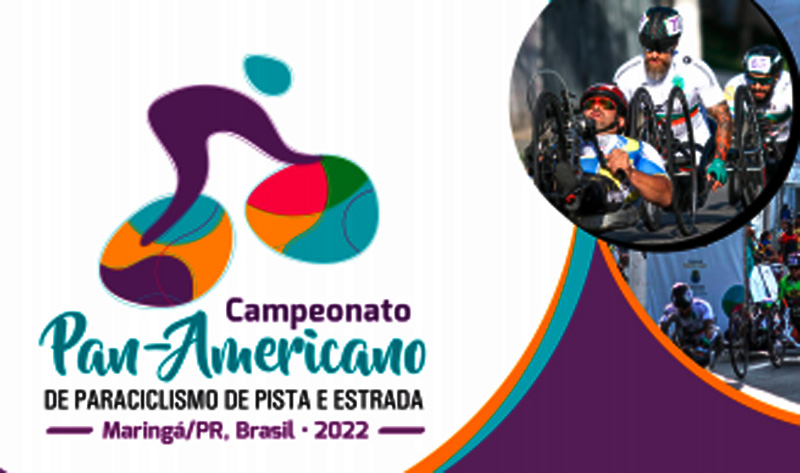 The 2022 Pan American Road and Track Para-cycling Championship will take place from March 16 to 20 in Maringá, Brazil, and will be a historic event, as it is the first Para-cycling continental event in the Americas.

This event will award points as a continental event in the UCI world ranking and its points will also be added to the qualification points of the participants for the Parapan American Games in Santiago de Chile 2023 and the Paralympic Games in Paris 2024.

It has been convened for two modalities: Track and Road, both approved by COPACI and the UCI as Continental Championships, hence the athletes will have two opportunities to score for the individual world ranking and the ranking of nations.

In 2018 and 2019, the first editions of the Paracycling Pan American Road Circuit were held in Brazil, with the aim of giving athletes a great opportunity to win a place in the 2020 Paralympic Games.

In 2022, the organizing committee of the fair adds the Track discipline and transforms the event into a Continental Championship (CC). In addition, the event joins the efforts to achieve an increasingly effective and competitive scope of Para-cycling in the Americas and throughout the world.

The Pan American Track and Road Para-cycling Championship in the city of Maringá, Brazil, from March 16 to 20, 2022, will consist of tests for the 13 sports classes, both male and female.

Maringá is located in the state of Paraná and is the third largest city in the state. It is considered a medium-sized city that stands out for the quality of life it offers its inhabitants, security and strong support for the growth and development of sport in general.

With an estimated population of 423,666 people, Maringá is recognized as one of the greenest cities in the world. It is a city planned in the garden city model, with a markedly tree-lined street and moderate traffic, reaching one of the highest per capita concentrations of green areas. The city is a benchmark in hosting major sporting events, including cycling.

The structural quality presented in the project and executed in the construction of the Maringá Olympic Village velodrome is considered one of the best in the country by cycling specialists. Among the differences pointed out by the technicians in the sport are the high resistance, the perfection of leveling, the night lighting and the great grip on the oval track.