In which team will Nairo Quintana run in 2023? 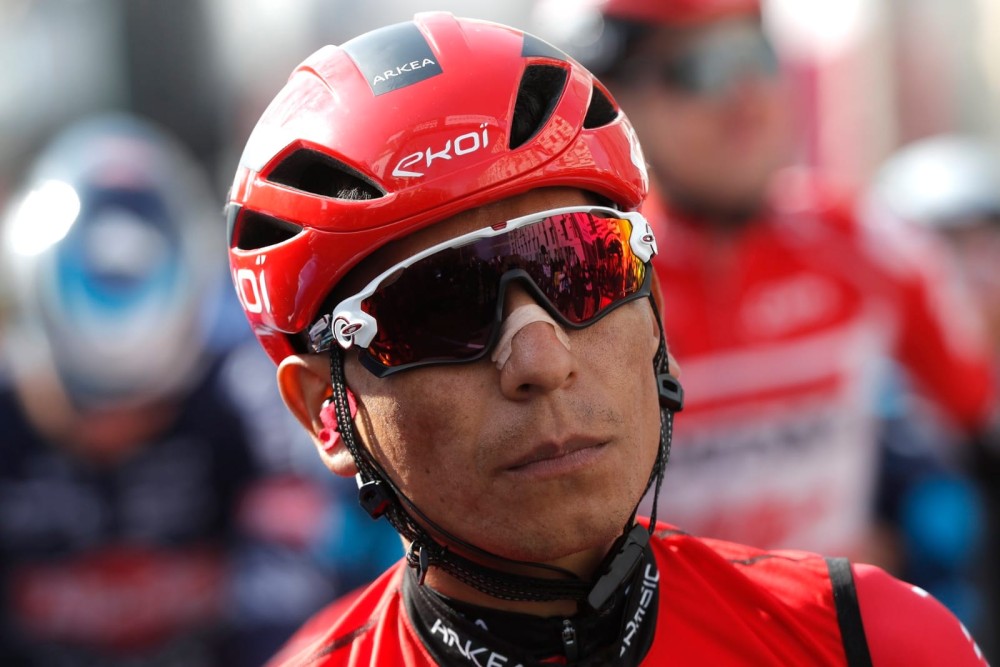 Complicated days for Nairo Quintana who, in addition to facing his appeal to the TAS, is immersed in the search for a team. The rumors have not been long in coming and he has already been placed in various squads without there being any truthful news yet indicating where the Colombian will end up competing in 2023.

A few days ago, Nairo Quintana surprised the entire cycling community by announcing that he would not continue with Arkéa-Samsic, the team in which he has played for the last three years and with which he had a contract until 2025.

His positive case for Tramadol in a control carried out during the Tour de France has ended up triggering the French team and Nairo Quintana to end up separating their paths, Arkéa applying its zero tolerance policy with doping cases, despite the particular treatment that the Tramadol, analgesic substance that to date, is only prohibited by the UCI in competition.

While Nairo Quintana prepares the appeal of his case before the Court of Arbitration for Sport, he also has to get involved in the search for a team in which to continue his sports career, a complicated situation at this point in the season in which most of the squads They are closed.

Nairo’s record and his good performance in recent seasons despite having left his best years behind should make it easy for him to find a place in a team, however, the stain left by his positive for Tramadol causes suspicion in his signing between the squads who might be interested in getting their services.

Even so, the rumors about the possible destination of the Colombian have not been long in coming. Starting with the French teams AG2R, Cofidis and Groupama-FDJ, although the first of them denied having had any contact with Nairo Quintana’s entourage.

He has also been placed in Astana, a strange destination since he would have to be in the shadow of a rider with as much character as Miguel Ángel López. In any case, it is another option that seems ruled out after announcing his manager, Alexandr Vinokurov, that the squad for 2023 was already closed, noting that at no time has there been interest in the Colombian.

He has also been placed in UAE Team Emirates, a destination that seems unlikely and where he would have to be overshadowed by top-level leaders such as Pogacar, Ayuso or Almeida, in addition to having to fight for the stripes in a team that has been reinforced with runners of the stature of Adam Yates and in which it would be difficult to find opportunities to shine.

Speculation has even led to Nairo Quintana returning to the Movistar Team where he could share leadership with Enric Mas, although against this option would be that the relations with the leaders of the Navarrese team are not the best to achieve a rapprochement after his abrupt departure 4 years ago.

The only reality is that it is not clear what the fate of Nairo Quintana may be, whose objective will be to find a squad in which he can count on a certain status, according to the merits of his sports career.