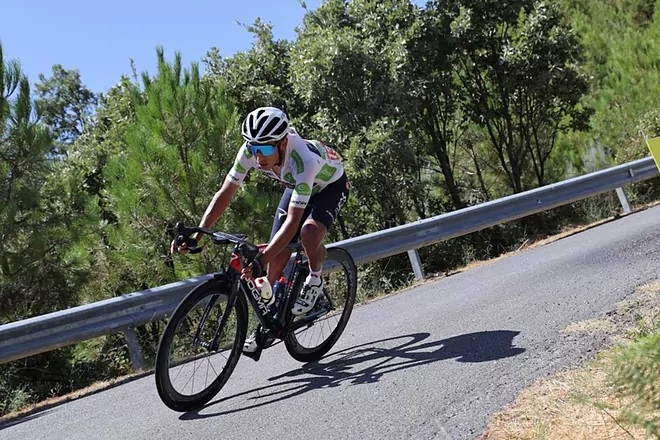 The return of Egan Bernal, for now, will have to wait. Despite the fact that there were many voices, both from Spain and Colombia, who predicted and reported the return of the coffee climber to the competition in the Vuelta a Burgos, it will not be like that. Bernal is out of the British team for the main preparatory race for La Vuelta Ciclista a España.

Ineos has selected Tao Geoghean Hart, Pavel Sivakov, Laurens De Plus, Ben Tulett, Andrey Amador and the most prominent, the brand new national road champion Carlos Rodríguez. Three defined leaders and also ahead of what will be La Vuelta that will start from the Netherlands for ‘the British Army’.

De Bernal was expected to return in Burgos to jump directly into La Vuelta and his absence greatly complicates his participation. Because, directly, Ineos does not plan to participate in any race other than Burgos and Poland -in dispute-. Therefore, if the Colombian arrives, it will be without filming. Complicated thing to think about.

The last images of the Colombian were in Andorra training and showing the levels of effort achieved. And a clear message. “Waiting to compete again,” explains the coffee grower on his Instagram. Future announcements are expected, although they may not go through La Vuelta, the last Grand Tour in which he participated before his very serious traffic accident.