Ismael Sánchez wins the Vuelta Independencia for the fifth time 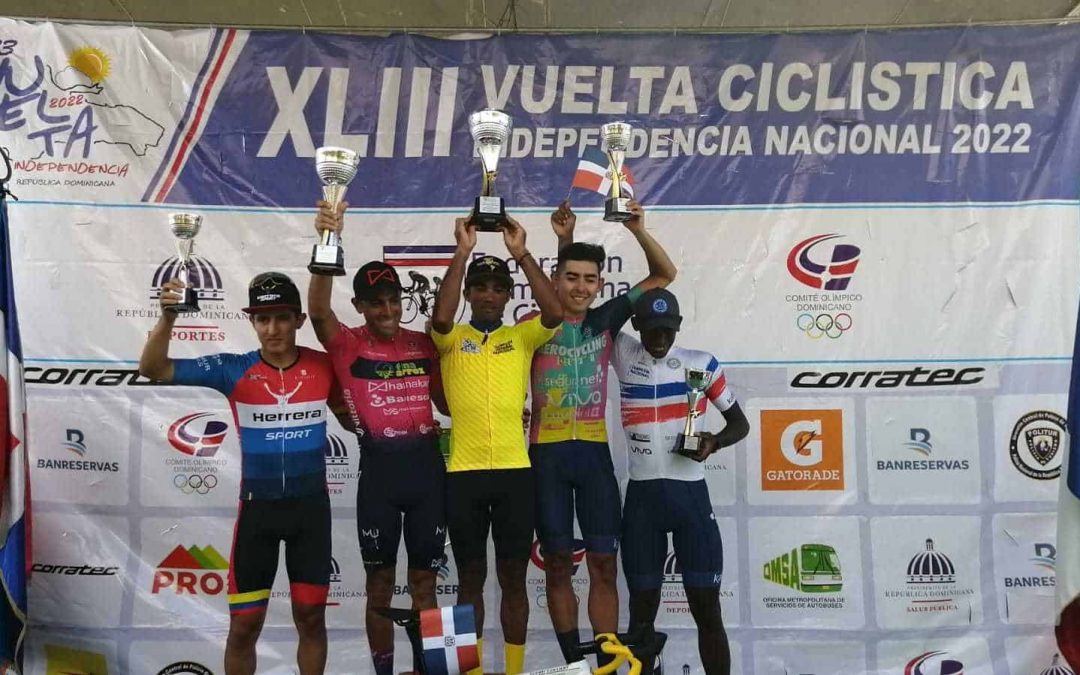 César Albert Marte, from the capital, won the seventh and last stage of the Vuelta Ciclista Nacional Independencia, while fellow Dominican Ismael Sánchez won his fifth leader’s jersey in this tour, which concluded this Sunday with a closed circuit on Avenida de la Salud.

César Marte, running for the Nicaraguan EDASA team, won the mass sprint after covering 90 kilometers in one hour, 57 minutes and 22 seconds, beating the Venezuelan (Fina Arroz-Banesco) and fellow Creole Jonathan Ogando Reynoso (Aero Cycling Team-ACT), second and third, with the same time as the winner.

Marte, who in the last edition was awarded two stages, thanked God, his girlfriend and all the members of the EDASA team, “who once again trusted me, and worked hard so that I could overcome everyone in this massive sprint ”.

The Dominican Nelson Ismael Sánchez, now a five-time winner of the Vuelta Independencia, said he felt grateful to God, as well as to his wife and children, who “have sacrificed a lot because I achieved a victory like this,” indicated the now better “turned hand” from the Dominican Republic.

Ismael Sánchez managed to break a tie this Saturday with the Venezuelan Jorge Abreu in the queen stage (of mountains) that concluded in La Virgen, in Constanza, and kept the difference of four seconds in the nine-lap circuit in Mirador Sur.

The Dominican Ismael Sánchez is the winner of the Vuelta Independencia, with 28:06:517 hours, followed by Jorge Abreu (Fina Arroz-Banesco), at 4 seconds, and David Marlon Garzón (Aero Cycling Team -ACT) at 1:03 minute.

While the Colombian Rubén Acosta (Herrera Sport-Sportswear), at 1:22, and Augusto Sánchez (Aero Cycling Team), at 1:37, were fourth and fifth overall.

The Colombian Brayan Vírgüez (ASODOCY-NY) was the winner of the Sub-23 with 28:09:33, followed by Javier Moreno (Herrera Sport), at 2:08, and Anuar Castillo Castillo (Gespron Evolution) at 5:15 minutes.

Meanwhile, Augusto Sánchez Berigüete (ACT) was the mountain champion with 35 points, escorted by Duvan Farfán, with 32 and Jorge Abreu, with 28. The flying goals were dominated by Luis Gómez, with 15 points, followed by Fredd Matute, with 14, and Alberto Ramos, with 13.

Regularity was conquered by Cole Davis, with 78 units, escorted by Brayan Gómez, with 77, and Alfredo Rodríguez, with 64 points.

In the line by teams, Herrera Sport-Sportswear won the team title with 84:26:26 hours, followed by the Venezuelan formation Fina Arroz-Banesco, at 6:12 minutes, and Team Gespron Evolution, at 8 :38.

Augusto Sánchez was the best climber with 35 points, followed by Duvan Farfán, 32, and Jorge Abreu, 29, in the second and third places.