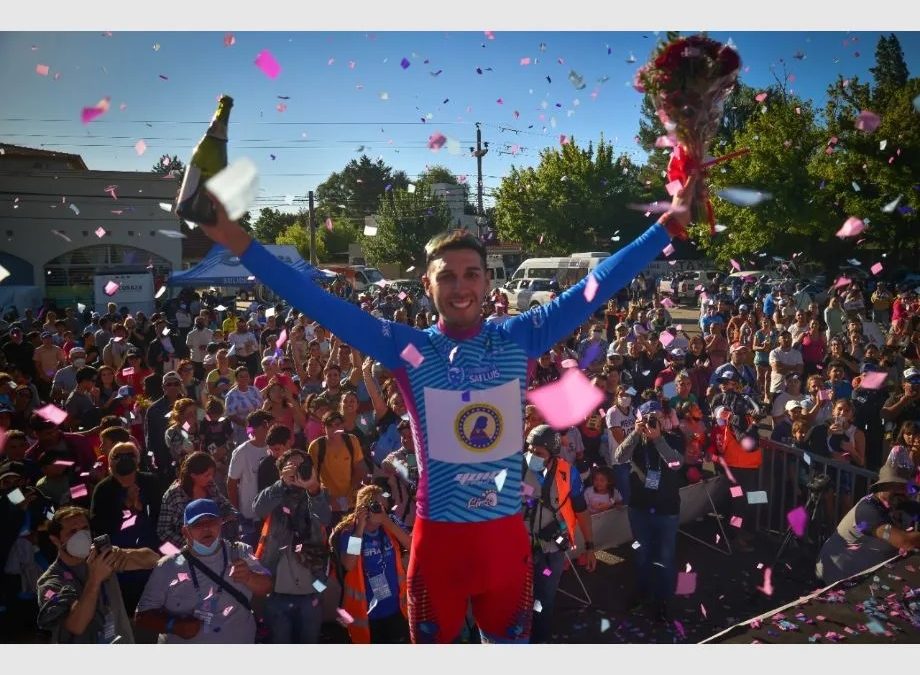 Enormous. The coronation in the Tour del Porvenir de San Luis is without a doubt, the most important achievement of the Virgen de Fátima Group this season. The UCI category test was for Nicolás Tivani and a great job by the whole team.

The Virgen de Fátima Group ended up consecrating itself after taking over the queen stage on Saturday afternoon. This Sunday, the last partial that toured the streets of San Luis with 126 kilometers, had Mauricio Quiroga (Team Coraza) as the winner, but it reached Nicolás with 17th place to maintain his leadership in the General.

Of course it wasn’t easy. Halfway through the stage, Laureano Rosas (Guilds for Sport) was cut along with Cristian Arriagada (Sel.de Chile) and Tomás Moyano (Continental San Luis).

The escape put the Group in a tight spot because at one point he took a 42-second difference and with that, plus a bonus from Rosas in a goal, he was enough for the consecration.

But the Group stood firm at the head of the squad and reached the neutralization so that the definition is in packaging. There the local Quiroga prevailed, over Mauricio Páez (Guilds) and Luis Chia (Constru.Zea).

Tivani and the entire Association celebrated an extremely valuable victory. Enormous. Like the work done by the Gladiators team during the week in St. Louis.

“I’m happy for the victory but happier for what we showed as a team. Very nice things were experienced with my teammates and I’ll keep all that. Staying with this Tour is very special for the entire Association,” said Tivani.