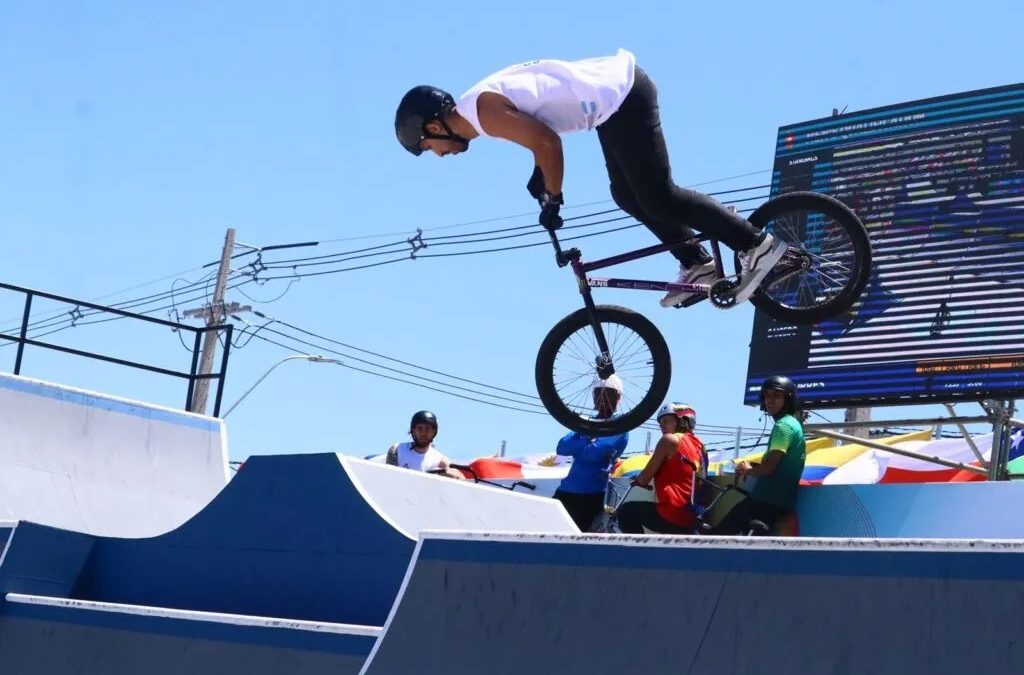 The Freestyle will take place in the Paraguayan Olympic Park and will award points for the UCI World Ranking, in competitions that will have the participation of 22 athletes, in both branches.

In the women’s branch, which will have the classifications starting at 8:30 in the morning (Colombian time), and the finals at 9:20 a.m., seven athletes will be competing, from Argentina, Colombia, Venezuela, Chile and Paraguay .

Among these athletes, the Colombian twins Queen Saray and Lizsurley Villegas Serna stand out, who are located in boxes 8 and 12 in the UCI BMX Freestyle world ranking, who start as favorites to get on the podium, along with the Argentine Analia Zacarias (9 ) and Agustina Roth (19), who are also in the Top 20 of the best exponents in the world in the park mode.

In the second round, the men’s competition will be held, which will begin at 10:25 am in our country, with the participation of Colombians Juan Camilo Caicedo and Juan Sebastián Vaca, who will face riders of the stature of Argentine José Torres (number 7 of the world), the Venezuelan Daniel Dhers (17) and the Ecuadorian Julio Mosquera (31).

At the XII South American Games Asunción 2022, the participants will compete in the park discipline, which consists of chaining tricks in a park made up of a set of ramps and other obstacles, made of cement or wood, forming ‘lines’ from one to the other with a some fluidity on obstacles such as walls, boxes and columns in 60 seconds.

During the competition, the runners will make two steps in each sleeve, making timed figures in one minute, being qualified according to the level of difficulty and quality of execution of their route.

Once the last rider on the agenda for each heat has finished their first start, the riders will make their second appearance in the same order.

Scoring is done based on different aspects, including; difficulty, originality, execution, height reached and creativity.

Incredible tricks are exhibited in this sport, such as blackflips, tailwhips, barspins and the superman, which will make this sport something exciting to follow in Paraguayan territory.