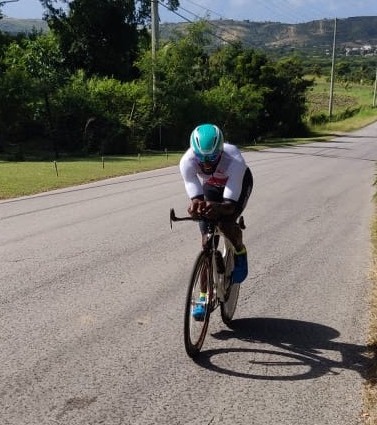 The Antigua and Barbuda Cycling Federation hosted its 2nd race for the season, ABCF Individual Time Trial on Sunday 7th February in the beautiful village of Bethesda.
The event took place under some strict COVID-19 protocols as cases spiked on the island over the last few days lead up to the event. However, everyone respected the stringent protocols for a successfully production.

The protocols affected the usual way of signing up, bike checks and even “no holding up” of riders at the start line. Nevertheless, the riders were all fired up as all the participants did a great showing and times over the 10-mile course.
But Jeffery Kelsick proved that he is at this top of his game by producing the best time on the course from Bethesda to pares junction (Quintyne) and back.

The Team Terminix rider seeded last to leave the start gate and came home in a time 24:33 to retain his time trial title. Teammate Sean Weathered produced the second-best time of the day for 2nd place in a time 25:13. U23 rider, Ghere Coates emerged in the 3rd position who produced a time of 26:32. University Graduate Andre Simon return to the sport after over 4 years, produced a time of 32:23 to get his feet wet as we may call it.

Female Class
Lindsay Duffy continues to dominate the Female Class by producing a winning time of 35:45, over 5 minutes on her lone competitor, Nina Killick both of Road Runner Club.

Female Junior Class
Chasondre Tonge of Wadadli Cycling Academy was the lone competitor in her Junior Class. She continues to show improvement by completing the 10-mile course in a time of 39:49.

Masters Class
Delvin Peters prove that he is the fasted masters on island and the defended his title after clocking a time of 37:38 to win the Masters Class. Popular veteran, Ira Fabian dusted off his tires and jumped in, producing a 2nd place time of 28:48. Wayne Henry of Road Runners placed 3rd in a time of 29:01, Neil Lloyd of N&R Wheelers was 5th in a time 29:31.

Sports Class
Joel Griffith of Road Runners Cycling Club was the best of the Sport Class, he produced a winning time of 30:36 over Abbiel Flemming of Road Runners who was second in a time of 31:23. Popular musician, Jason Adams tried his hand at the sport to place 3rd in his first outing. Jason completed the course in a time of 32:06. Tito Amour and Timothy Thomas both also of Road Runners was 4th and 5th with times of 32:41.32 and 32:41.76 respectively. 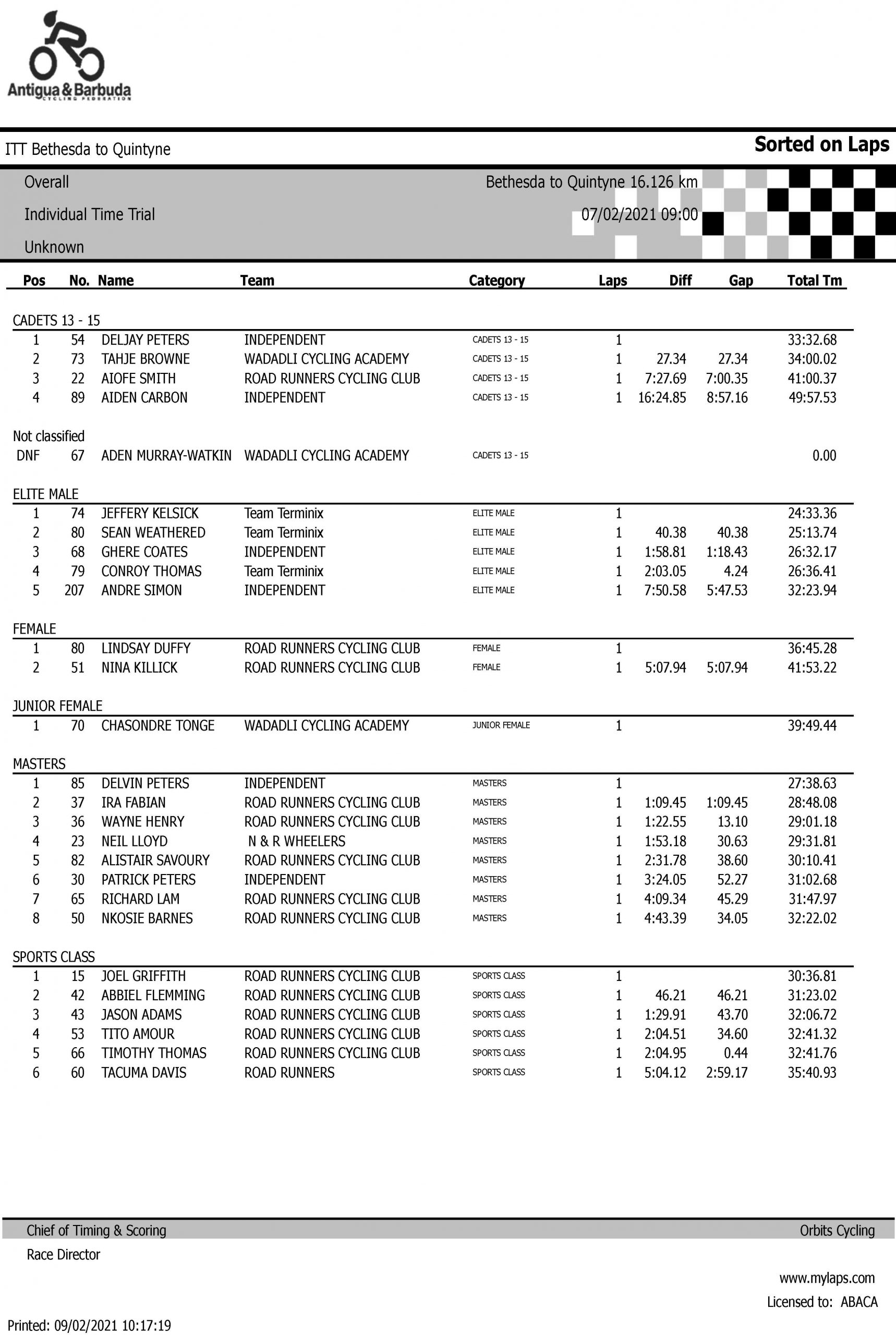