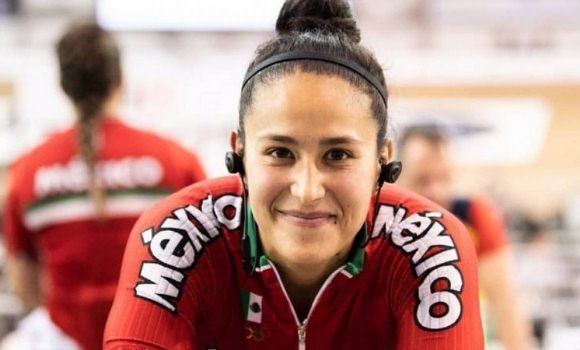 Cyclist Jessica Salazar, world record holder in the 500 meters, was excited to win the 2020 National Sports Award, as this recognition is important for athletes.

Salazar set a world record of 500 meters during the Pan American Track Championship that took place in Aguascalientes in October 2016, with a record of 32,268 seconds.

Earlier this year, the rider became world runner-up in Berlin, Germany, with a time of 33,154 behind local Sophie Friedrich with 33,121.

“Being a national sports award is something very important for all athletes, I am really very happy about this and the emotion I feel from having this great recognition thank God,” he said in his networks.

She indicated that she is grateful to the people who have supported her, such as coach Iván Ruíz, rider Daniela Gaxiola, her family and the people around her.

Salazar will continue his work to culminate the Olympic cycle with the Tokyo Olympics next year.

Jessica began her journey with the 2018 Central American and Caribbean Games in Barranquilla with three gold medals in keirin, sprint and 500 meters, while at the Lima 2019 Pan American Games she won gold in team sprint with Daniela Gaxiola.