JHONATAN NARVAEZ WINS AT THE “COPPI A BARTALI” 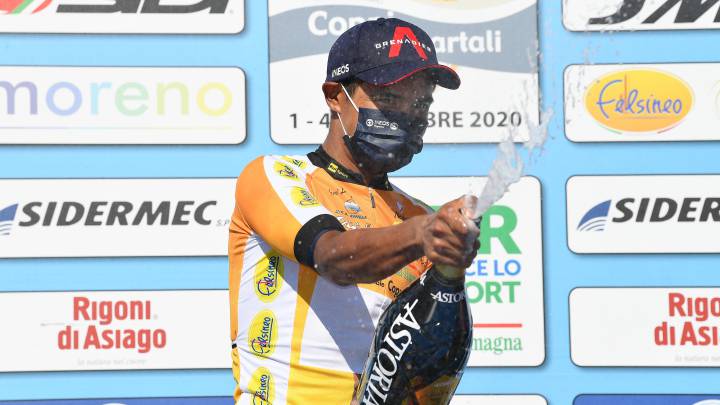 The Ecuadorian cyclist Johnatan Narváez, from the Ineos-Grenadiers team, achieved this Friday the final victory in the Coppi and Bartali International Week, after the fourth and last stage, of 166.2 kilometers, starting and finishing in the Italian town of Forlì and in which the Dutch Pascal Eenkhoorn (Jumbo-Visma) won.

Narváez, his country’s long-distance road champion in 2017, took the final victory by finishing third, and scoring four bonus seconds, in the final stage, behind the winner, Eenkhoorn, and the Italian Diego Ulissi (UAE- Team Emirates), and snatch it from the leader from the second stage, the Italian Andrea Bagioli (Deceuninck-Quick Step). The Ecuadorian finishes the race first with a single second advantage over Bagioli and 17 over Portuguese Joao Almeida, also a Deceuninck-Quick Step rider and who took Italian Diego Ulissi (UAE-Team Emirates) off the final podium.

The ten reached a maximum advantage of 3:30 minutes, after which the large group began to react to neutralize them, which happened in the final section to decide the sprint victory, in which the best was Eenkhoorn and in which Narváez, who already won the stage on Thursday, was third to add four bonus seconds that gave him victory. Narváez, 23 years old and a native of Playón de San Francisco, thus achieves his third professional triumph.