JHONATAN RESTREPO WINNER WITH THE SECOND STAGE OF THE RUANDA TOUR 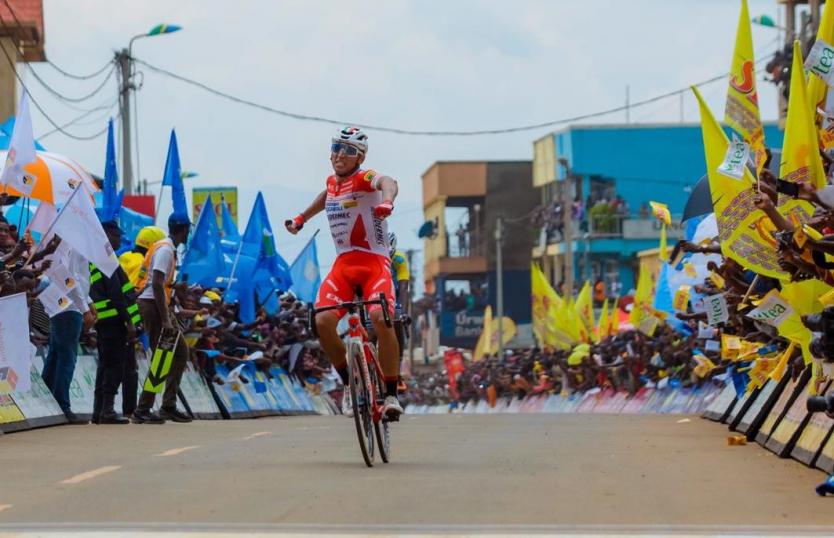 Another triumph for Colombia in international cycling. This time it was Jhonatan Restrepo, a 25-year-old rider, who took the third stage of the Tour of Rwanda after a 142-kilometer journey on a very complicated day of extreme mountain with three second and one first ports.

The Androni Giocattoli-Sidermec rider won solo after a gigantic performance where he knew how to endure the passage of the main squad, attack at the right time after the last second port and finish off the descent towards the finish line in Rusizi.

Third victory for Restrepo so far this season. This time the Colombian beat the runners Biniyam Ghirmay (NIPPO DELKO One Provence) and Henok Mulubrhan (Eritrea) who finished second and third respectively.

The fourth day of the Tour of Rwanda will have an extreme difficulty with 210 kilometers of route between Rusizi and Rubavu, where the platoon will have to overcome eight mountainous ports that will be divided as follows: one of third category, four of second and three of first. In addition, there will be two special sprints between kilometers 32 and 125.