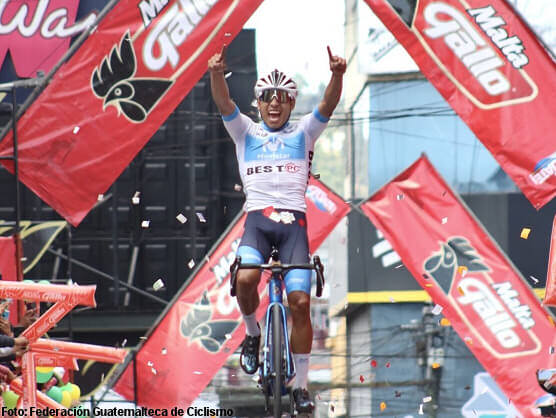 Jimmy Santiago Montenegro, an Ecuadorian cyclist from the Movistar-Best PC team, took victory in the seventh stage of the 61st edition of the Vuelta a Guatemala, valid for promotion to third place in the individual general classification, which continues to be led by the Guatemalan Mordecai Vazquez.

This Saturday was a 120-kilometre mountain day, held starting in San Francisco El Alto and arriving in Santa Cruz del Quiche, with two first category climbs, one second, one third and two fourth.

The Movistar-Best PC team cyclist was the strongest of the four outstanding cyclists who reached the finish line and in which was also the leader of the race, Mardoqueo Vásquez (Hino-One-La Red), fourth in the dessert.

The champion of the Vuelta al Ecuador 2022 attacked 30 kilometers from the finish line and that defined the segment. “That is one of the qualities in the race, I like to do it that way, and today it came out again,” Montenegro told the media after passing the sentencing line.

Mardoqueo Vásquez (Hino-One-La Red), who donned the leader’s jersey after winning the fourth stage, thus remained at the top of the individual general classification of the Guatemalan round.

Thus, after the stage, Vásquez has an advantage of 2 minutes and 21 seconds over the Colombian Wilmar Pérez and already 6 minutes and 43 seconds over Santiago Montenegro, second and third in the provisional general standings.

The Vuelta a Guatemala will continue this Sunday with the dispute of the eighth of its ten stages, of 133 kilometers that will link the towns of San Andrés Semetabaj and Ciudad Vieja, in the department of Sacatepéquez.