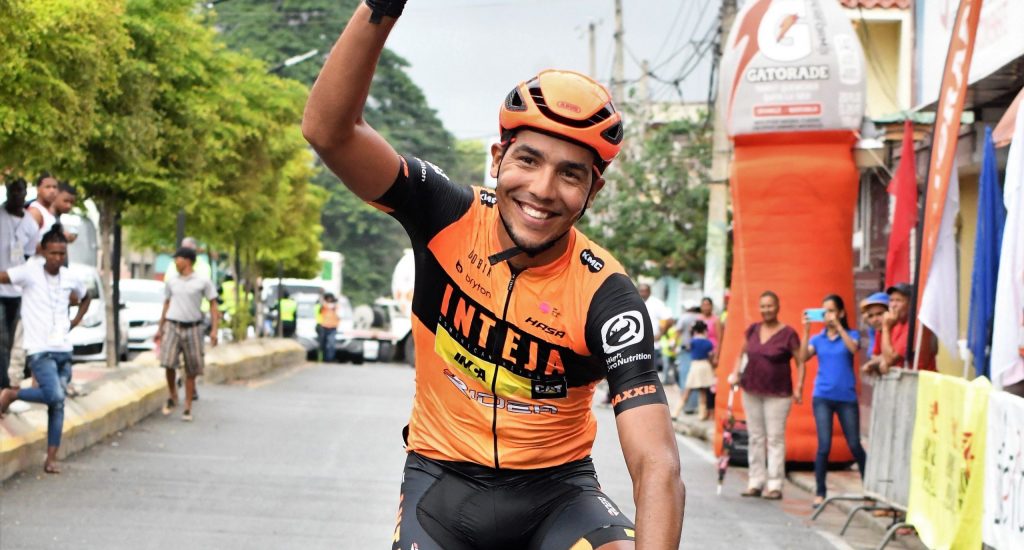 Joel García became on Wednesday the great winner of the third stage of the 41st version of the Independence Cycling Tour, a contest that this time took place on the Santo Domingo-Boca Chica-Sabana Grande de Boya-Monte Plata route.

The representative of the Inteja Imca team traveled the distance of 133.1 kilometers in a time of two hours: 58 minutes and 20 seconds, which surpassed in the test Carlos Hernández, of Moca, who occupied the second; César Serna, from Cadance Ciclery reached the third; Damien Urcel of Guadalupe concluded in fourth Pablo Reyes, of Fundación ECC concluded in fifth and Jeiel Largitte of Guadalupe finished in sixth, Steven Polanco of Inteja – Imca was seventh.

After the conclusion of the third stage, Ismael Sánchez, of Aero Cycling Team remains at the forefront of the event by recording time of 11 hours: 02 minutes and; 09 seconds; The second place is occupied by Colin Patterson, from Voler Factory Team at nine seconds; Clever Martínez of Asodoci NY is third in 14 seconds; Reyes Acevedo, of Inteja-Imca is fourth at 17 and Bradley Wiggs, of Voler Factory Team occupies fifth place at 27 seconds.

In the stage there were three disputes of flying goals, the first one was obtained by José Frank Rodríguez, who competes for the FFCTT in Boca Chica; the last two were won by Clever Martínez. The general of flying goals is commanded by Alberto Ramos, of Eda Cycling with eight points, Martinez is second with six; like Deivy Chaplain, from Arcoiris.

While there were two mountain awards on the day, Damiel Urcel won the first and César Serna won the second. Precisely Urcel dominates with 24 points and Serna occupies the second place with 19, the third is for Welligton Canela with 10.

César Marte dominates the general by points to get 29, Dominique Mayho, of Puerto Rico / Bermuda occupies the second with 26; Ismael Sánchez is third with 25 and the same amount is Garcia.

On the day, the best record was the selection of Guadalupe with 8 hours: 56 minutes and 09 seconds, Inteja Imca was second to 57 seconds; Asocipe de Moca was third at 1:02 and ECC Foundation finished in third at 1:10 minutes.

Aero Cycling Team is still at the forefront in the general times by registering 33:15; 59, second place goes to Inteja-Imca at 8:04 minutes; Voler Factory Team is third at 10:24 and Puerto Rico / Bermuda is fourth at 11:04.

The best sub 23 Carlos Manuel Hernández, from Moca, second place went to Steven Polanco and Jesús Marte, both of Inteja-Imca was third. The general in this category is dominated by Kader Hopkins, while Polanco and Mars occupy second and third place. The fourth stage will include a circuit in the city of Villa Altagracia, which is becoming traditional, since at least the last three years have been carried out. The route will be 138 kilometers. Source: The New Journal