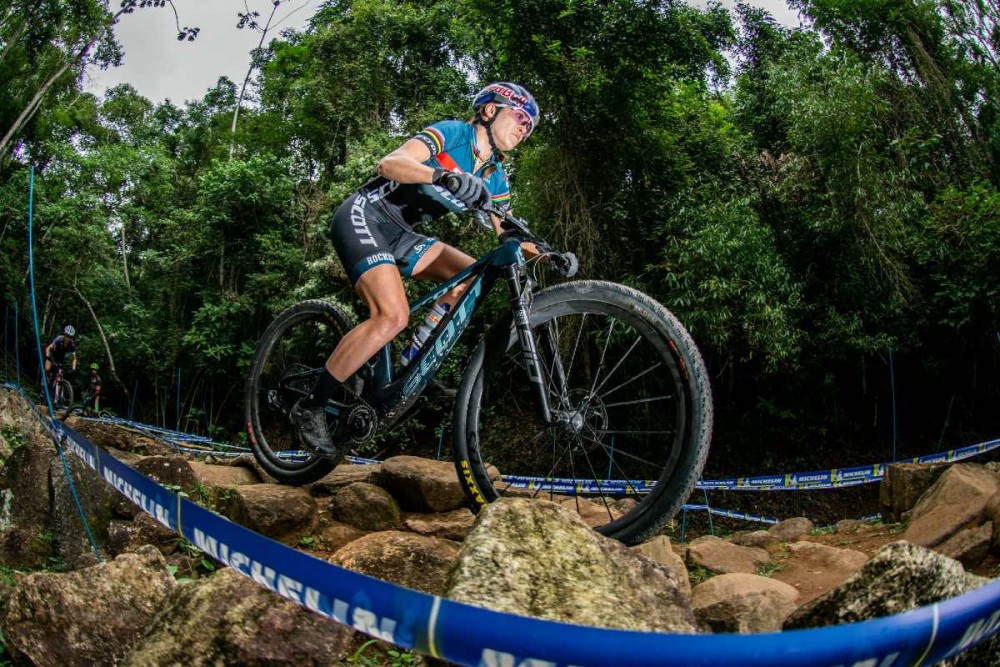 Jolanda Neff and Martin Vidaurre did not believe in the rain and took victory in the XCO race of the first International Michelin MTB Cup, just one week before the XCO/XCC World Cup to be held at the same Petropolis circuit, in Brazil.

The rains of recent days left the technical circuit of Brazil in a complicated state where the cyclists had to be very careful not to have hard falls a few days before the World Cup premiere. This caused some of the favorites to even change their minds at the last minute and decide not to start.

It was a full test and that meant starting with the Short Track. It was held on Saturday and the American Kate Courtney (SCOTT SRAM) prevailed in women and the Swiss Thomas Litscher (KROSS Orlen Cycling Team) in men.

On Sunday it was the turn of the XCO races and again the prudence of many participants subtracted a bit of emotion. But it really seemed justified, because it was even difficult to maintain the line due to the descent that led to what is probably the biggest drop in the entire World Cup circuit.

Among the women, the Swiss Jolanda Neff (TREK Factory Racing) set a pace that could only be followed by a few kilometers by Laura Stigger (Specialized Factory), but the Swiss continued to push and was the one who braked the least in the complicated sections, which It was enough to reach the finish line alone. All a warning for next weekend in the XCO World Cup.

The men’s event was commanded by a powerful trio made up of Jordan Sarrou (Specialized Factory Racing), Vlad Dascalu (Trek Factory Racing) and U23 world champion Martín Vidaurre (Lexware Mountainbike Team). And just like during the whole weekend, the mud made it very difficult to drive fast, and sometimes even normal, on the circuit.

In the final part, Vidaurre was left alone in front and so it was until the finish line. The Chilean, dressed in his rainbow jersey, took a great victory against some of the favorites in any Elite World Cup.

After this preview, the World Cup in Brazil will begin next Friday, April 8, with the women’s and men’s Short Track.