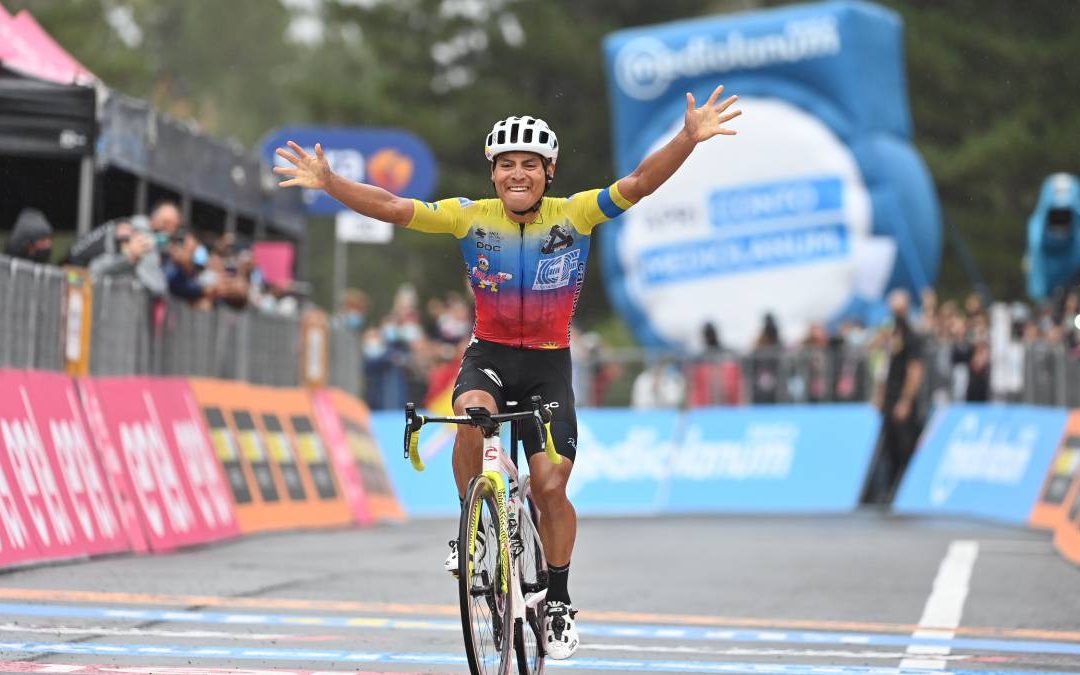 His name is Jonathan Caicedo, but his friends call him ‘El Cubanito’, because he was born in the Santa Martha de Cuba parish, in Carchi, Ecuador. He is 27 years old and is the national road champion and that is why he runs around the world wearing a shirt of his team, EF Pro Cycling, dressed in the colors of the Ecuadorian flag.

On the day of October 5, 2020, Caicedo won the third stage of the Giro, one of the most important cycling competitions in the world. It is his first win in European competitions.

He did it on the way, between Enna and Etna, a route of 150 kilometers. With his sensational performance he is now second in the general classification.

The new leader is the Portuguese Joao Almeida.

The historic Giro is becoming a more than friendly competition for Ecuadorian cyclists. The defending champion is Richard Carapaz, who does not participate in this edition, after having participated in the Tour de France, where he achieved two podiums. Caicedo, in his second participation, took the step forward and now rubs shoulders with his powerful opponents.

Carapaz won last year in the fourth and now Caicedo prevails in the third.

With 10 kilometers to go, the ‘Cubanito’ led the competition fighting wheel to wheel with Giovanny Visconti. Behind Jonathan Castroviejo pressed to reach them.

Further back, the experienced Vincent Nibali was more than a minute away.

Last year, Caicedo was 108 in the general classification, but for this anomalous season he promised to go for more: since July he has been in Europe participating in competitions and fighting to be the protagonist.

From kilometer five, the carchense rider along with a group of cyclists led a flight from the peloton that took five minutes apart from the group of favorites. In the end he won alone with a time of 4:02:33 hours.

Caicedo is 27 years old and was Pan American Road Champion in 2016 and won the Tour of Colombia in 2018.