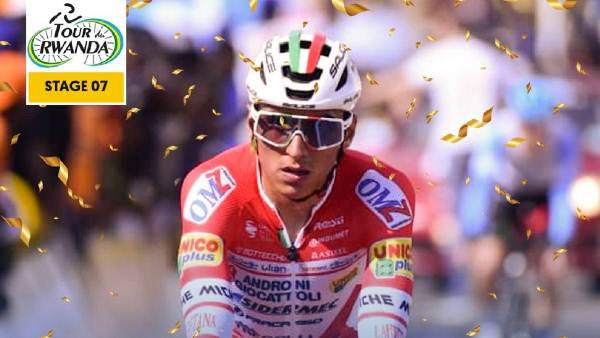 The Colombian remains the protagonist in the Tour of Rwanda led by the African Natnael Tesfazion. Restrepo matched the Kiel Reijnen brand.

In 2011 the American, Kiel Reijnen stayed with the Tour of Rwanda and left a mark that nine years later was matched by Jonathan Restrepo of Androni Giocattoli to get four stages in the competition.

The Colombian cyclist stayed this Saturday with the seventh stage of the Tour and is sixth overall at 2 ‘: 21’ ‘from the leader Tesfazion.

The best of ours in general is Julián Quintero of Terengganu Inc in fourth place at 1 ‘: 55’ ‘. The seventh stage of the Tour of Rwanda was an individual time trial of 4.5 kilometers in the capital Kigali with a route that started in Nyamirambo and ended in Mironwine.

The Colombian Restrepo finished with a time of 6 minutes and 32 seconds that could not be overcome and led him to stay with the stage, the fourth in the competition and 23 for Colombia so far in 2020.

This Sunday will end the Tour with a stage in Kigali that will have a distance of 89.3 kilometers and will have two out-of-category ports, where Colombians can take the opportunity to try to discount the African leader in the general and approach the podium