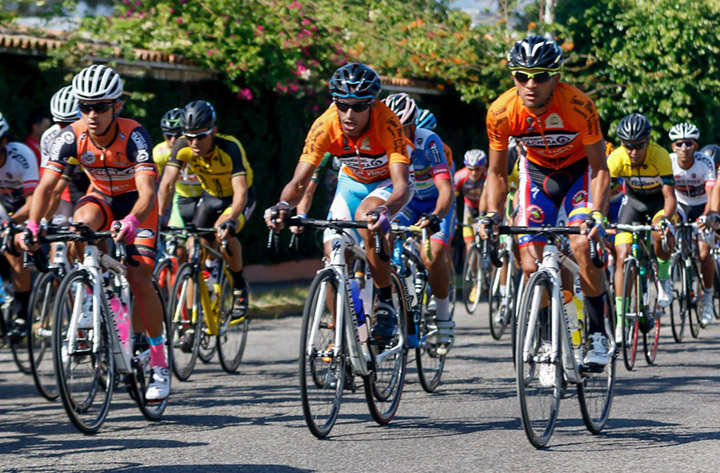 CARACAS. Venezuelan cyclist Jonathan Salinas of the Táchira Lottery team, was awarded the second stage of the Vuelta Al Táchira, which had a route of 144.3 kilometers between San Cristóbal and arrival in Borotá. Salinas thus emerged to the conquest of the title that it achieved in 2017.

The day allowed to see the first great selection of runners and teams that will fight for the final title, especially as appreciated in the last 10 kilometres with the first notable mountainous difficulty of the test with the ascent to Palo Grande, highlights the portal Website of Mundociclistico.com Magazine.

The Saturday route had numerous alternatives for various leaks and attacks that arose but it was in the final part, after passing through San Cristóbal, where the big lot was decided to end with the prominence of Fernando Briceño, Wilmer Bravo, Ralf Monsalve And then the same happened with Sergio Martínez, Nelson Rodríguez and José Serpa who would later pay their effort by losing fourteen minutes at the meta site.

José Rujano, the quadruple champion arrived with late 1:27 the great battle finally left as winner the champion of this race in 2017 Jonathan Salinas (lottery of Táchira) who defined the triumph with his compatriot Jurgen Ramirez while a large lot came to Three seconds led by Leonel Quintero and Colombian Miguel Flórez (Androni – Sidermec) who took fourth place.

The stage victory served Salinas to dress as a leader, a situation that is not unknown to him and that ratifies the preparation and level with which they appear in his competition cyclists not only of the Táchira but of the host country, so that the visitors have to Enfre Ntar each year a challenge of great proportions.

The Sunday day of the Vuelta Al Táchira is run with departure and arrival in San Cristóbal, with nine laps to a circuit that has as its stage the route between the capital Tachirense and Táriba to add 132 kilometers. (eluniversal.com)