Jorge Abreu, yellow and champion in 58 Tour of Venezuela 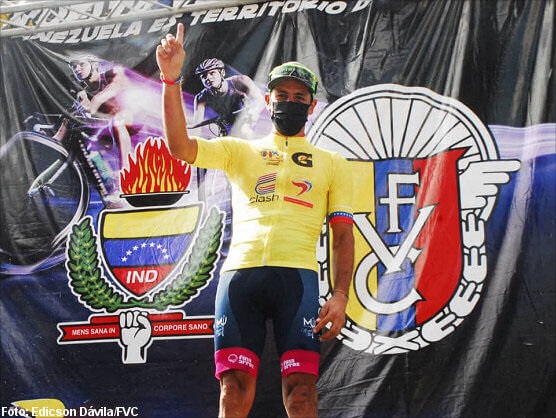 Venezuelan Jorge Abreu became the champion of the 58th edition of the Tour of Venezuela, concluded this Sunday with the partial triumph of rider Xavier Nieves (Pegaso La Guaira), who defeated Colombian Edwin Sandoval (Strong Cycling del Valle) in the sprint. ) in the eighth and last segment, over a 105-kilometer route in the city of La Guaria.

Abreu, who donned the leader’s yellow jersey after finishing second in the seventh stage, overcame the last hurdle this Sunday to finish at the top of the podium in the Venezuelan round. The positions of honor were completed by locals Carlos Torres (University of Trujillo) and Pedro Gutiérrez (Venezuela Country of the Future), second and third at 24 and 29 seconds.

On the final day, the three protagonists of the breakaway played the victory of the packing fraction, in which Nieves was the fastest ahead of veteran Valle del Cauca rider and his teammate Manuel Medina. The great figure of the Venezuelan round, the national road champion Luis Gómez (Team Carabobo), who took three stage victories, finished in fifth position.

Abreu also dominated the mountain section, while his Venezuela Country of the Future squad won the team competition, with the escort of the Pegaso La Guaira and the Nueva Esparta National Team.

The traditional Tour of Venezuela, category 2.2 of the International Cycling Union, traveled more than a thousand kilometers and covered the states of La Guaira, Miranda, Aragua, Carabobo, Yaracuy and Portuguesa, where 19 national and foreign squads gave a colorful show.

3.- Pedro Gutiérrez (Venezuela Country of the Future) at 0:29

5.- César Sanabria (Fine Rice-Venezuela Country of the Future) at 0:38