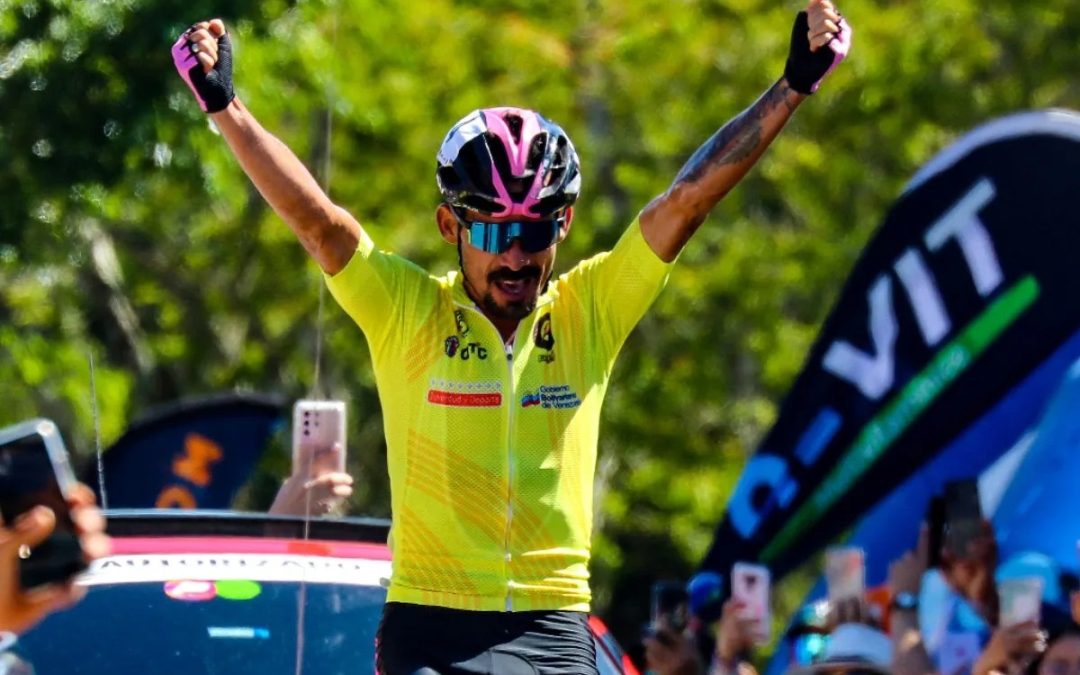 In the third consecutive mountainous day, the Venezuelan José Alarcón (Team Fundación Ángeles Hernández Cycling) took the victory of the penultimate stage of the Tour of Táchira 2023, which he won alone after a fraction of 137 kilometers, which had passage through territory Colombian, starting in Ureña and ending in the famous Cerro del Cristo Rey.

The renowned Venezuelan rider took the victory ahead of his compatriot Yimmi Briceño (Gobernación de Trujillo) and the Colombian Juan Diego Alba (Movistar-Best PC), who finished in the Top 3 of the stage.

The overall leader continues to be José Alarcón, who with his powerful Team Fundación Ángeles Hernández Cycling team managed to control the Colombian climbers on a challenging route with two difficult climbs and a high finish.

The day, which began on a border circuit, came to life in the early stages, when the breakaway was formed with the Colombian Ever Sierra (Team Gesprom), Emmanuel Tovar (Ciclocorse Foundation) and Pedro Sequera (Pegasus La Guaira), but the adventure of the trio did not last long.

When the terrain began to incline, the escape began to lose members, leaving only Jerez and Chacón at the top, who were joined by José Castillo (Fina Arroz Banco Plaza Multimarcas). The three worked together to stay ahead of the race in the transit to San Antonio del Táchira.

After passing through the city of Capacho Viejo, the leader showed up with remains to attack his rivals and win for the third time in a row on the mythical Cerro del Cristo Rey.

As for the general, there were no major changes. In this way, José Alarcón (Team Fundación Ángeles Hernández Cycling) remained at the top of the podium, accompanied by Juan Ruiz (Gobernación de Trujillo), who is second, and Juan Diego Alba (Movistar-Best PC), third.

This Sunday the last stage will take place, the traditional 117-kilometer route in San Cristóbal, on a circuit that will decide the fate of the 58th edition of the Tour of Táchira.