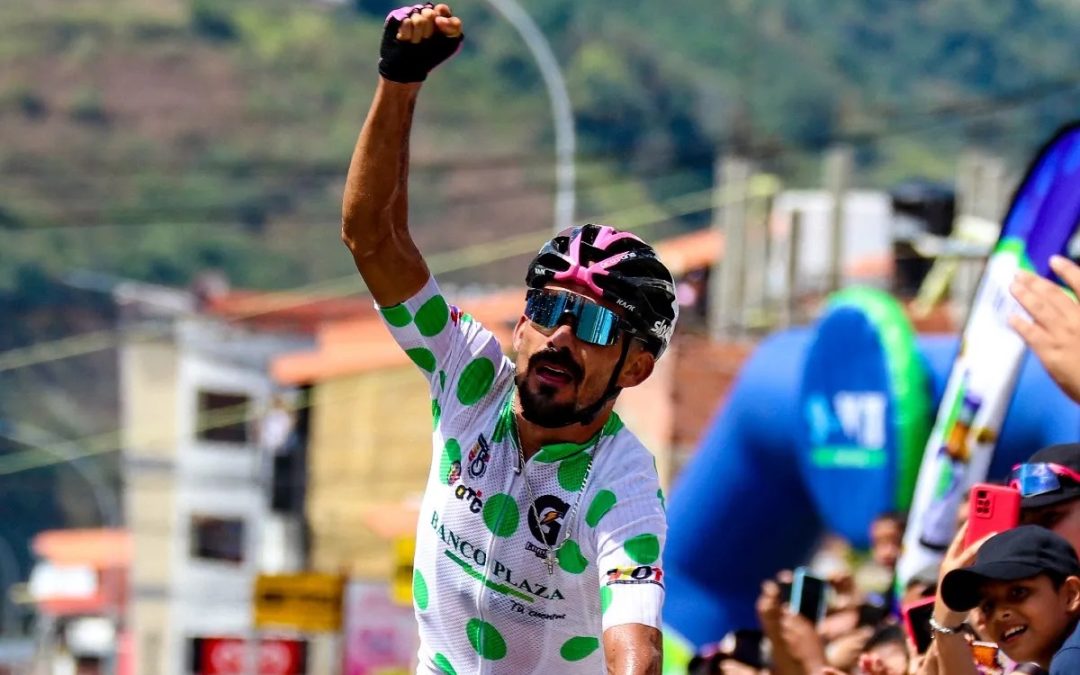 The Venezuelan athlete José Alarcón, from the Fundación Ángeles Hernández team, comfortably won the fifth stage of the Vuelta al Táchira by Bicycle this Thursday and became the general leader of the race after overcoming the demanding mountain day between the towns of La Tendida and La Grita (Táchira).

Alarcón, who defeated his compatriot Juan Ruiz (Government of Trujillo), covered 134.4 kilometers and more than 2,200 meters of accumulated positive elevation gain, which was his best performance in the current tour after five strong stages and his 12th victory in UCI races.

In a time of 3 hours and 30 minutes, the Creole arrived alone at La Grita ahead of fellow locals Yonder Godoy (Trujillo Governorate) and Anderson Paredes (Ángeles Hernández Foundation), second and third, respectively.

As for the general classification, Alarcón, who last year won the stage to Cerro del Cristo Rey, seized the lead from his compatriot Juan Ruiz, who dropped to second position. The podium is completed by Colombian Juan Diego Alba, more than a minute away.

Entering the final kilometers, the chasing group, including the favorites, reduced the advantage of the survivors of the breakaway, which stretched at the devilish pace of José Alarcón, who in the end surpassed everyone to enter the finish line alone.

This Friday another mountainous partial will be played, the sixth stage of the tachirense round, the second high mountain over 132.5 kilometers starting in La Fría and ending at Casa Del Padre, where the climbers and title contenders will once again measure their strength of the Venezuelan race.