Joseph Ramírez is crowned champion the Tour of Nicaragua 2021 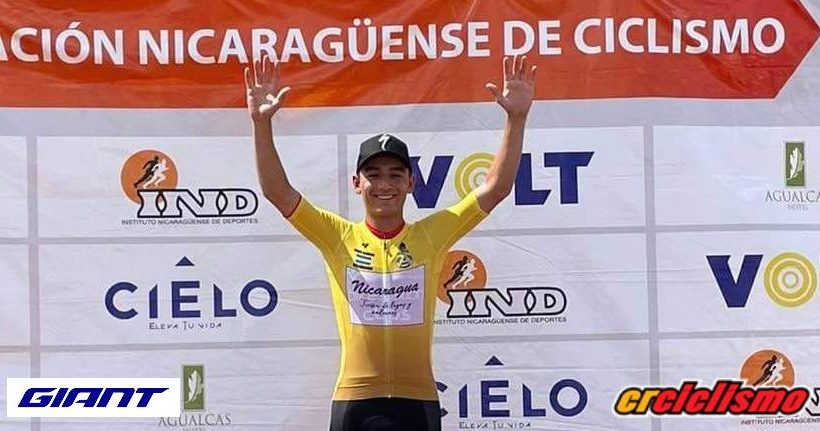 Costa Rican Joseph Ramírez, from the El Colono – BikeStation – Clips team, was crowned champion of the Tour of Nicaragua 2021 this Sunday, whose sixteenth edition concluded in Managua, after four days, in which around 100 riders participated.

After four tough stages, Ramírez managed to hold the yellow jersey tooth and nail and win for Costa Rica, as he became the ninth cyclist from his country to prevail in the general classification of the Nicaraguan competition from 2005 to date. .

This Sunday the last 77.5 kilometers were disputed in the capital of Nicaragua, in a short circuit of 3.1 kilometers that had to be given 25 laps and in which 92 names took the start, although 20 finally concluded, because it was run with the rule that whoever lost three minutes with respect to the main group was disqualified.

They pedaled at a high pace, on average they marched at 60 km / h, and it took its toll on many runners. Joseph was even lucky that Donovan Ramírez, from Team Wilches – Baula Sport, his closest pursuer at nine seconds, was one of those who had to leave the stage and was then able to close peacefully.

There were several escape attempts but it was the last with 12 laps to go, and where Carlos Romero from Team Wilches – Baula Sport was riding, the one who hit and managed to open a gap of more than a minute until reaching the goal.

The Tico could not prevail in the final meters, where the Nicaraguan, Argenis Vanegas of Team Kilos A, prevailed to take over the fourth and last stage of the Nicaraguan turn.

Vanegas had a very special dedication to his victory, as he did it to the memory of the cyclist Miguel Enrique Vélez Peña, who was run over on December 11 while training.

Champion of the general classification