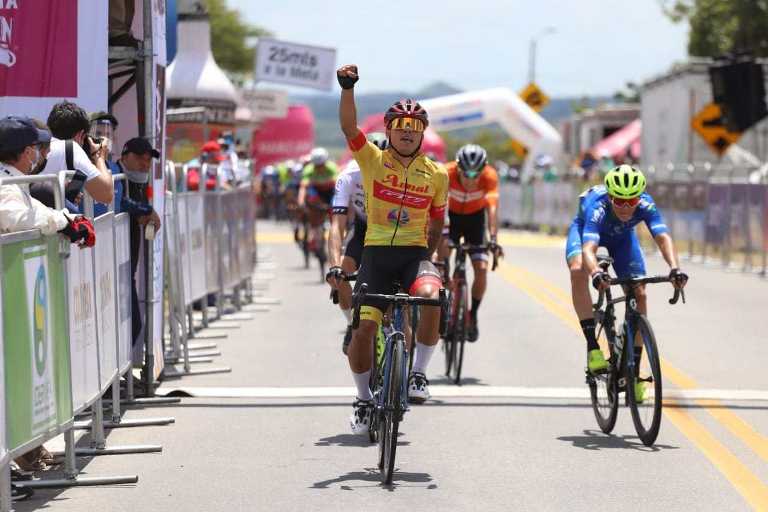 In a brilliant sprint, the Cundinamarqués runner Juan Esteban Guerrero, from the Avinal-GW-Sistecrédito team, won the second stage of the 2020 Mindeporte Youth Tour, in which Daniel Arroyave from Antioquia, from UAE Team Colombia, he imposed himself as the new leader.

A fast and hot day was played this Thursday in plains territory. The youth squad left the city of Villavicencio towards the town of Puerto López, they had to face 85.3 kilometers to reach the finish line.

From the banner that indicated the departure at kilometer 0, the young runners started their way with a strong rhythm, some of them tried to jump out of the group from the first kilometers, but the group was not willing to allow a breakaway to form, so Since every attempt that was generated was unsuccessful, the group remained compact.

The first emotion of the day came at kilometer 25 with the dispute of the first special sprint. From there, Juan Esteban Guerrero showed that he had the conditions to be the protagonist in this fraction of the race, as he crossed the line first and won the first points of the day, defeating the Antioqueños of UAE Team Colombia, Juan Pablo Restrepo and Daniel Arroyave , who crossed second and third, respectively.

A few minutes later, in the second special sprint, located at kilometer 51.5, Guerrero, who was strong, again prevailed in the line, winning another 3 points, once again surpassing Juan Pablo Restrepo, who returned to second place. , and Alejandro Villada (Colnago CM Team), who crossed third.

Less than 10 kilometers to the finish, at the entrance to Puerto López, the last emotion of the day was located. There, in the third and last special sprint, Alejandro Villada won, beating Daniel Arroyave, who was placed in second position, adding 2 points that helped him to take the lead in the race. Juan Pablo Sossa (Team Gempt-Rap) passed in third position.

The last meters were heart-stopping with the passage over the slope that led to the goal. The runners threw themselves to contest the final packing, Juan Esteban Guerrero was once again imposing in the sprint and with the same strength that he showed throughout the day, he managed to fight between the runners who were fighting for victory and crossed the sentence line first. , raising his arms in triumph and celebrating his third stage win in the most important race for the sub-23 category.

The also national track champion in the Team Sprint ​​and Scratch events, in addition to being a Pan American track champion, added another triumph in his history in this race, after having done it twice in the 2018 Youth Tour.

With the points added on this day, Daniel Arroyave from Antioquia managed to break the time he had with his teammate Rafael Pineda and was placed in the first position of the general as the new leader of the race.

The third stage of the Vuelta de la Juventud Mindeporte 2020 will be held this Friday between the city of Villavicencio and the town of Mesetas, over a distance of 125.6 kilometers, in which the runners will face three special sprints again.

DONWLOAD THE OFFICIAL CLASSIFICATION OF THE 2º STAGE HERE