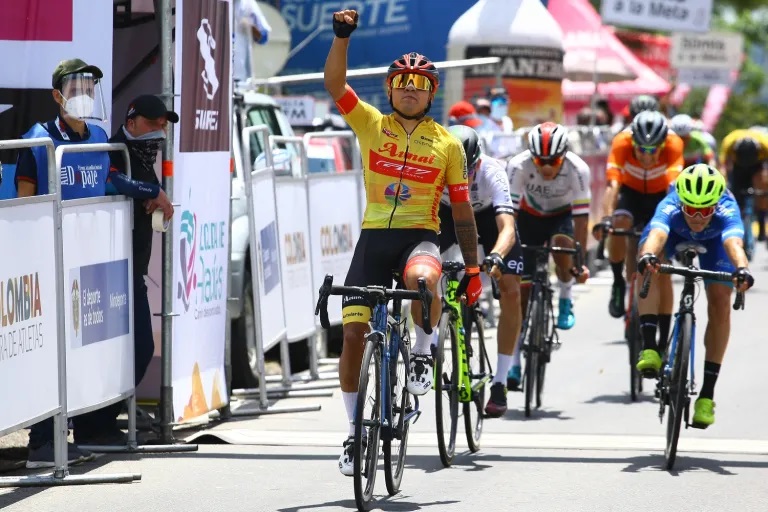 One of the favorites for the title of the route in the I Junior Pan American Games to be held this Friday, December 3, the Colombian Juan Esteban Guerrero, will march from Cali to his new continental team Electro Hiper Europa for the 2022 season.

The young talent, current U23 national champion, joins the ranks of the new professional team from the Colombian continental squad Colnago CM Team, where he taught the credentials of a finisher and above all, a lot of courage to face the great challenges in the road.

“In the 2022 season I hope to be able to give the team some important victory and contribute for the common good by helping my teammates in everything necessary,” Guerrero said in statements collected by the Argentine team based in Spain.

In addition to the victory in the national sub-23 road championship in the 2021 season, the runner from Guaduas, Cundinamarca, achieved victory in the sixth stage of the Vuelta a la Juventud, and in the first fraction of the Rionegro Classic.

On his part, the team’s sports director, Rafa Casero, referred to what the Colombian can contribute to his team. “Esteban has shown, not only in 2021, but in previous seasons, that he is a very competitive cyclist, and he can assure us great results in 2022.”

Guerrero is currently in Cali competing in the 2021 Junior Pan American Games, where he has already won a gold medal in the track team pursuit test and is preparing to face the road test this Friday, December 3.