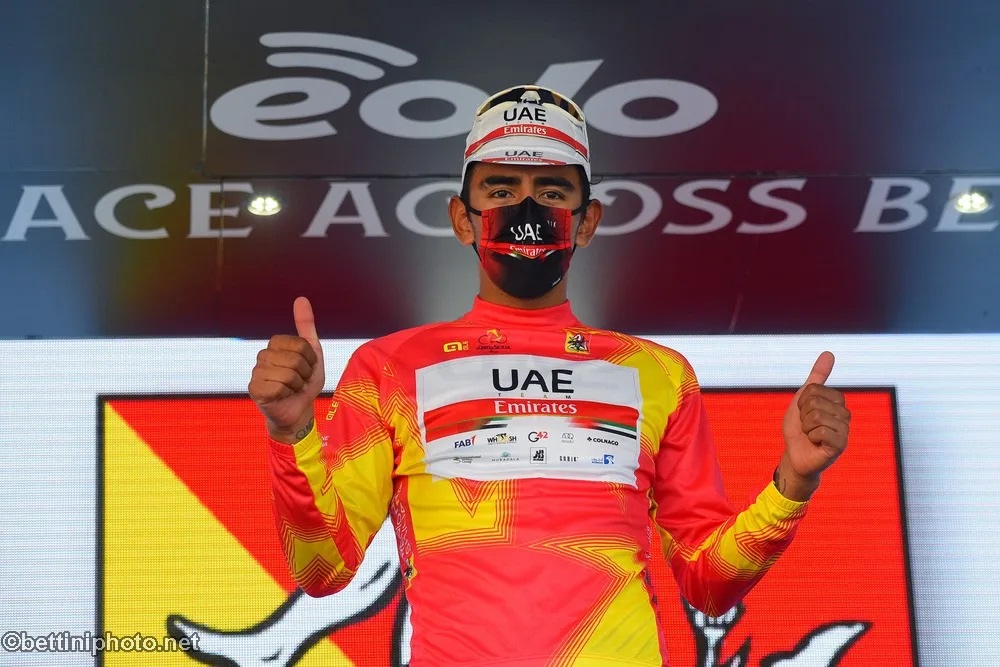 With his hands up and after a great collective effort from the UAE Team Emirates club, Colombian Juan Sebastián Molano took victory in the first stage of the Giro de Sicilia, in a 179-kilometer day held this Tuesday between the Sicilian towns of Avola and Licata.

“Before the stage, all the riders in our team were instructed to get ahead in the last kilometer. They did it very well, ”Molano said.

The Colombian sprinter caught up with fugitive Vincenzo Albanese just in time to claim his third win of the season. Molano had already won two stages in the Vuelta a Burgos 2021.

“Due to some dangerous corners in the final phase, the race management already decided that the finish times would be recorded three kilometers from the finish. “Vincenzo Albanese pulled away, but we allowed it to be able to take the corners without problems. We kept the distance we wanted, ”added sprinter UAE Team Emirates.

The Boyacense sprinter and his squad were confident of being able to defuse the Italian’s late attack in time. “We knew we would catch him, but we didn’t want to catch him too early because that could have provoked attacks from others. Max Richeze started the sprint at the last corner, 250 meters from the end. We did a good sprint. It’s all thanks to the team, who did a beautiful and perfect job throughout the day, ”added Molano.

The Colombian sprinter, who starts on Wednesday as the leader, hopes to keep the lead and why not get another stage win. “I have not studied tomorrow’s course in detail yet, but I know there is a bit more climbing than today. During the day I asked my team on the climb to go faster because I had good legs. I hope to have the same legs tomorrow because I want to win again, ”concluded the UAE Team Emirates rider.