Julieta Benedetti and Martín Vidaurre, the best of America in the MTB World Cup in Petropolis 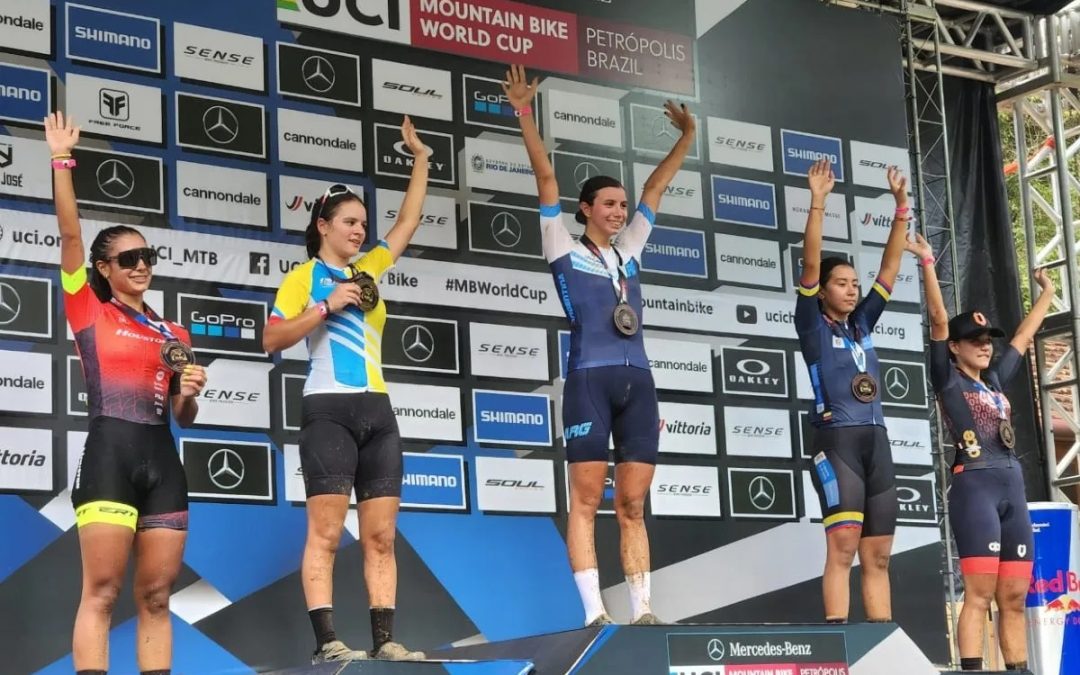 Two great demonstrations were given by the Argentine Julieta Benedetti in the junior XCO category and the Chilean Martín Vidaurre in the sub 23 category, by adding two gold medals in the first stop of the MTB World Cup, held this Saturday in Petrópolis, Brazil.

Julieta’s title is the most important triumph of her young career, beating the Brazilian Luiza Cocuzzi and leaving the Colombian Salomé Cortés Bautista for third place, who last week, in the same city, had dominated the Michelin International Cup of MTB, an XCO competition that he played as a preparation.

For his part, the Chilean Martín Vidaurre once again showed his best repertoire by winning the best time on the circuit with a time of 1h 03’32” and added 125 points to become the exclusive leader of the world ranking. His performance earned him 36 seconds off the difference to the Swiss Janis Baumann, who was second, and more than a minute to the Ukrainian Oleksandr Hudyma, bronze medalist.

As for the elite category, the French Pauline Ferrand Prevot won the first Short Track of the season among women, beating the Austrian Laura Stigger and the British Evie Richards, second and third, respectively in a strong dispute that involved 40 riders from the start.

In the men’s section, the South African Alan Hatherly managed to beat the Swiss Thomas Litscher in a very long sprint, while the Frenchman Maxime Marotte closed the podium ahead of the Brazilian Enrique Avancini. In this way, Hatherly won his first Short Track at the age of 26 and can be interpreted as a warning ahead of Sunday’s test.