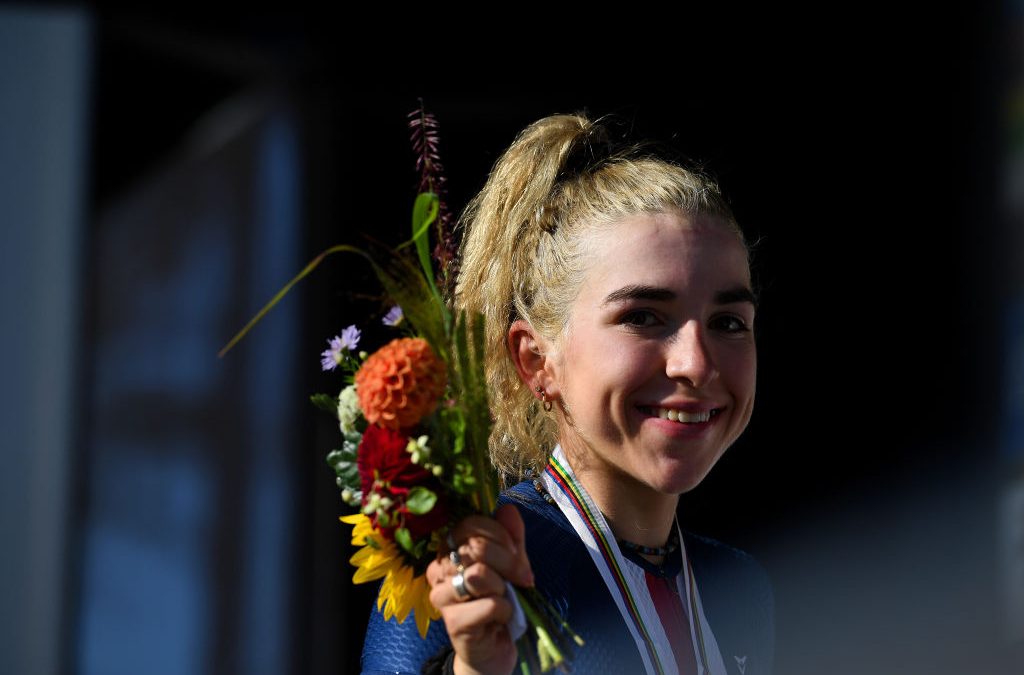 America, through the American runner Kaia Schmid, obtained her first medal in the Cycling World Championship in Belgium, winning this Saturday the silver medal in the junior category of the road test, only surpassed by the British Zoe Bäckstedt in final sprint.

The 18-year-old followed a Bäckstedt attack 30 kilometers from the end of the 75-kilometer race, and she remained on the prowl to contest the finish line at the end of five laps on the tough and rugged Leuven circuit. The bronze went to the German Linda Riedmann, who led a platoon of eight riders in which was another American, Makayla Macpherson, fifth finally.

Speaking to the press after the caption, Schmid stated that her best chance of winning was in a group sprint, but that there was no way she could have let Bäckstedt go alone, so she tested her skills and contested the crown with a time trial specialist.

“Obviously, I came here to win today’s race, so not reaching that goal is a bit disappointing, especially when you were very close. I knew I was challenging the best girls in the world, but to stay in second place and get on the podium at the World Championships is a good day, ”she commented.

Schmid has enjoyed a season to remember at the junior level, tasting her success at Rás na mBan in Ireland; she then she won gold in the World Junior Elimination Race in Cairo and just a few weeks ago she finished second in the junior road race at the United States National Championships.

In another moment of exchange with the press she revealed that she has ridden cyclo-cross in the past and also practiced another sport: freestyle skiing. “My roots are also in skiing, but ultimately, I want to be on the bike and that is the direction I am going.

“I would consider myself a climber sprinter on the bike, as I like to say. I want to be on the road and take that as far as I can: at the WorldTour, the Olympics and the elite World Championships, ”she pointed out.

Other riders from America who also participated in this modality concluded like this: Americans Olivia Cummins (26th place) and Chloe Patrick (79th); the Colombians Karen González (39), Laura Rojas (47), Gabriela López (50) and Sara Moreno (66), the Ecuadorian Anna Vivar (49), the Canadian Isla Walker (61), the Salvadoran Serena Torres (65) and the Mexicans Nicole Córdova (77) and Daniela Lozano (80).