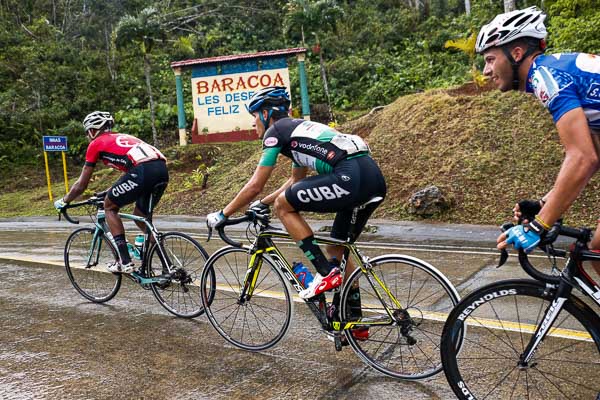 The La Farola Award appears at the opening of road cycling in Cuba in 2022, with four stages scheduled from February 17 to 20 to the approval of the best climbers in the country. The modality calendar includes as a highlight the Tour of Cuba by zones: eastern, central and western.

Pablo Arturo Campins, national commissioner, added that within the broad schedule, this event will be scored for the first category, facing the final position of the provinces in the domestic championship of the modality.

“In each competition, the performance of the members of the national team will be evaluated, as well as those who make up the reserve in the country,” he said.

La Farola begins on the 17th with the 20-kilometer time trial on the Santiago de Cuba-Guantánamo Highway. A day later, the 60-kilometer race will take place in a circuit through the main streets of the capital of Guaso, starting and finishing in front of the central Parque Martí.

On the 19th, the multicolored squad will complete the third 93-kilometer stage from the capital city of Guantánamo to Puriales de Caujerí, belonging to the San Antonio del Sur municipality.

The Award will conclude with the most attractive and risky of the sessions. After the start in the town of San Antonio, and passing through those of Imías and Cajobabo, riders will face the fearsome mountain massif of La Farola, traveling from south to north to the Ciudad Primada, in a winding route of 87 kilometers.

Up the hill by the viaduct, one of the seven wonders of Cuban civil engineering, at the top of Altos de Cotilla the most important mountain prize of the competition will be disputed. During the impressive descents the riders will avoid the risks of numerous and narrow curves.

The last edition of La Farola took place from March 2 to 4, 2019, as a preamble to the VI National Cycling Classic that started three dates later in the first town founded in Cuba. It lasted until the 17th of that month.

Before this Award in 2022, the riders will warm up their engines in the turn to Cienfuegos (January 26-30) and in the also traditional Race against Terrorism (February 9-13), in Sancti Spíritus. The three championships have also been summoned for the women of the luxury team.

All this will serve as a prologue to the Tour of Cuba by zones, which will take the beautiful show through the roads and avenues of the 15 provinces, a formula that replaces the National Cycling Classic, Campins announced.

The race in the eastern region will be February 22-27. It will include Guantanamo, Santiago de Cuba, Granma, Holguín and Las Tunas in order. The tour through the central zone will reach Camagüey, Ciego de Ávila, Sancti Spíritus, Villa Clara and Cienfuegos from April 13 to 17; and in the western part Matanzas, Mayabeque, Artemisa, Pinar del Río and Havana will play from May 18 to 22.

The national cycling calendar, as every year before covid-19, includes road and track competitions in the pioneer, school, youth and master categories, as well as mountain biking. They will occur according to the epidemiological situation in the different territories committed to the organization.