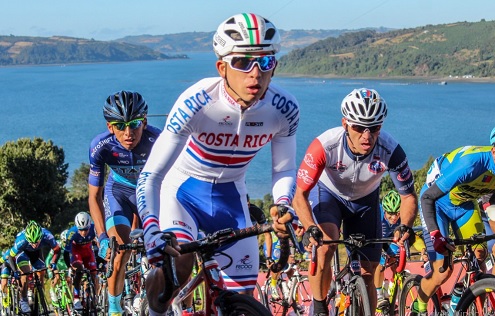 CHILOÉ, CHILE. The organization of the Vuelta a Chiloé received the approval of the International Cycling Union (UCI) of its two events for 2020. Chile will have the 2nd Cycling Tour to Chiloé (2.2)
and the new 1st Grand Prize of Patagonia by Vuelta a Chiloé (1.2).

The maximum organism communicated to the organizers of the “southernmost” cycling race on the planet, headed by Pablo Haeger and Sergio Gili, that the two races will be part of the UCI 2020 international calendar. For this, the return received by the adviser was key. continental, as well as the great reception that the 1st edition of the Tour of Chiloe had on the part of the Chilote people.

Since the International Cycling Union have returned to rely on the organization and have allowed to add a new event in the American calendar. Both tests will be very important for the development of cycling in the South American country in particular, but also globally in general.

It is the Grand Prize of Patagonia by Vuelta a Chiloé, which will have category 1.2. The one-day event will be held on Saturday, March 14, 2020, in Puerto Montt. As director Pablo Haeger anticipated, there will be a circuit in the coastal area, which will include a 2-kilometer steep slope, turning it into a classic Belgian style, very attractive for spectators.

On the other hand, the 2nd edition of the Tour Cycling to Chiloé will take place between Wednesday 18 and Sunday 22 March. After the great acceptance that it had, the chilota test, that this year had Óscar Sevilla (Team Medellín) as champion, will repeat its key stages, with some new features.

The demanding Ascent of the Salmons, with ramps that reach 25%, will be final of one of the five partials. While the general will be decided on the Island of Lemuy, with a tough individual time trial, and then put an end to the show with the traditional home run. (Press Vuelta a Chiloé)