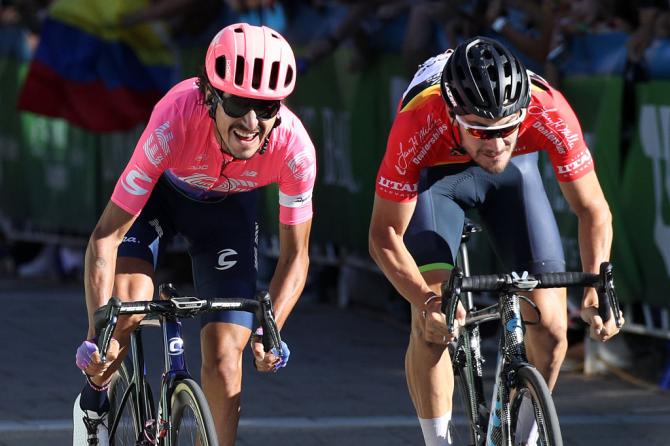 CANYONS VILLAGE, PART CITY (USA). Lachlan Morton (Education First) has won the fifth and penultimate stage of the Tour of Utah (USA / 2.HC). In the absence of a day the leader of the American race is the Belgian of the Israel Academy, Ben Hermans.

A getaway of 11, among which was, again, Bernat Font, has been formed to try to reach the finish line and win the victory between them … or those that will remain at the end.

In the absence of 30 km he had more than four and a half minutes and none could harm the race leader, Ben Hermans, or the second, James Piccoli, so the stage victory was among them.

The squad has taken it easy and in the absence of 18 km the escapees had five minutes of advantage.

At eight kilometers it was 3:40 and Sunderland has left the group. The Raleigh has thrown to lower the difference at 3 minutes. Ahead, Sunderland has been hunted by two other cyclists, McCormick and Morton, of the escape, which was already broken and with the platoon at 2:40.

Lachlan Morton and McCormick have left Sunderland and have gotten into an area of ​​pressed soil. Back, Piccoli was trying to leave the leader, but only managed to leave the chasing group in very few units, which were a minute and a half from the head.

On the descent, from 2,200 meters to 2,100 altitude to start climbing again from face to finish. Short, but durilla, the head duo could play the stage and has played the sprint, with victory, by little, for Lachlan Morton (Education First).

Behind, Hermans attacked in the last kilometer to take a few seconds on Piccoli, which can come in handy in the last stage. (biciciclismo.com)