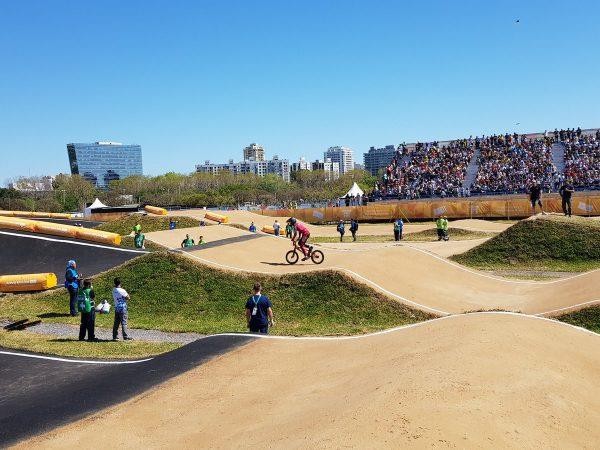 BUENOS AIRES. The Venezuelan driver Jefferson Milano and the Ecuadorian Domenica Azuero won the # 7 round of the 2018 BMX Latin American Cup played on Saturday, November 24 in Buenos Aires, in the elite category. The Argentine Matías Brizuela was the leader among the juniors.

The seventh round of the Latin American Cup was won at the Vicente López – Buenos Aires – Argentina Olympic track with victory in the final of the biker of the Venezuelan national team Jefferson Milano, while the Argentine Ramiro Marino was second and Carlos Mario Oquendo, of Colombia qualified in the third place of the race, in the Elite Men category.

For Ramiro Marino the second place he won today represents a significant sum of points for the Argentine BMX championship in search of his second crown in the national competition in the top category, remember that the race held today in Vicente Lopez also awarded points for the championship organized by the Federación Argentina de BMX (FAB).

Among the elite women the triumph was for Domenica Azuero (ECU) while Laura Tatiana Ordoñez (COL) was the best among the juniors, both divisions only competed three times determining positions by sum of points.

Another of the important events of the day was the victory of the Argentine, Matías Jesús Brizuela, in junior Men, the third consecutive of the Rioja for the Latin American Cup and second for the national championship showing his good sporting moment in his last year in this category. Ignacio Cattana, also from Argentina, occupied the third step of the podium. (www.bmxargentino.com)