LEAD ARLENIS SIERRA TO THE CYCLISTS ROUTE OF AMERICA 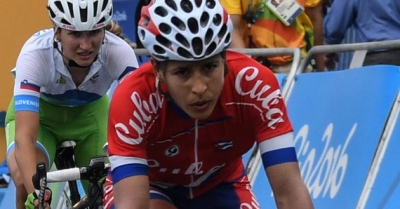 HAVANA. The Cuban Arlenis Sierra, with 953 points in the world ranking of road cycling, continues as the best located in America, three weeks before the Pan American Games in Lima 2019, where she will aspire to the gold medal.

The captain of the Astana Women’s Team, club of the international elite, is positioned in 13th place, after ascending two seats in the latest update of the ranking of the International Cycling Union.

In front of the manzanillera of 26 years only riders from Holland, Australia, Poland, Denmark, Italy and Belgium appear.

The Canadian Leah Kirchmann, of Team Sunweb, with 894.9 points, remains in the 16th place, while her teammate, the American Coryn Rivera, with 805.33 continues in the 20th place.

This season, Sierra has risen to numerous podiums in elite races in Europe, Australia and America. (cubasi.cu)