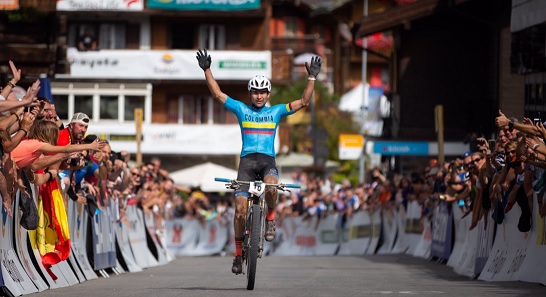 BOGOTÁ. The Czech Kristian Hynek and the Italian Samuele Porro, accompanied the great Colombian star, which is consolidated as the most important man of South American cyclomaticism in all its history, backed by his multiple victories in Pan American Championships and Bolivarian Games among others.

For the one born in Ciénega, this has been a year full of success in the various competitions he has played alongside his team Giant Liv Polimedical, a group with which he has already completed several seasons being his star figure. (mundociclistico.com)