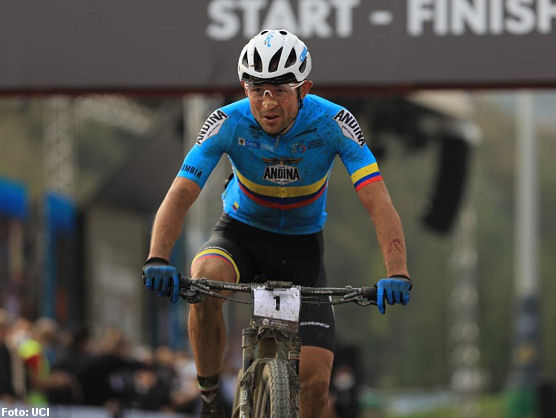 The formidable Colombian mountain biker, Leonardo Páez, will face this Saturday, September 17, one of the great events of the season: the XC Marathon World Championship, where the boy from Boyacá will seek his third title in the specialty and his eighth victory of the season. in Haderslev, Denmark, which will be the stage on which this World Marathon Championship will take place.

The Colombian rider, who is part of the Soudal Lee Cougan International team, arrives motivated at the world event after being champion of the Kronplatz King 2022, a mountain biking marathon in Italy a week ago.

“The preparation has been very good, we are in optimal conditions. This year the route is a little different since it will be a little flatter”, said Páez, to the radio program of Antena Dos, the Cycling Hour.

The 40-year-old from Boyacá, multiple Marathon world champion, recovered his known level and this year he has won seven titles this season after winning this season the Südtirol Dolomite Superbike, the Valle Camonica BIKEnjoy, the AlpenTour Trophy (plus two stages) , the Hero Südtirol Dolomites, the Ortler Bike Marathon and the Gran Fondo del Durello.

“We are very motivated with the expectation of knowing the route and seeing that we find ourselves there,” added Páez, who will start for his third world crown in the marathon modality.

The men’s event of the world championship, which will take place in Danish territory, will have a 120-kilometre route made up of three laps of a tough 40-kilometre circuit that will have a 1,500-meter drop. It should be remembered that Páez was twice Mountain Bike World Champion in the Marathon mode in 2019 and 2020.