Lina Hernández and Víctor Ocampo, champions of the time trial in Buga 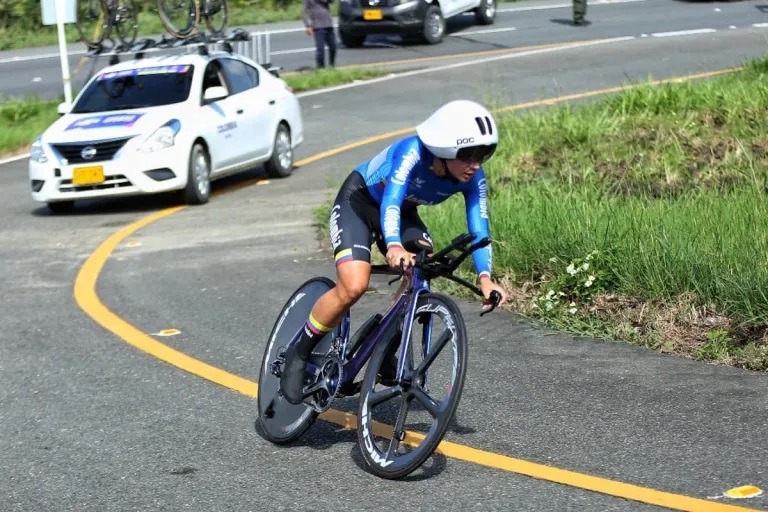 Colombia does not tire of winning in the cycling of the I Junior Pan American Games and today it did so at the beginning of road cycling, with the triumphs of Lina Marcela Hernández and Víctor Ocampo, in the always exciting time trials, held in the city of Buga.

The runner Oriunda del Carmen Del Viboral Lina Marcela Hernández was the last of the 15 participants to start to win the 16.2 kilometers scheduled, given her 69th place in the UCI ranking of the event. As she predicted, she took the gold medal (21:49 minutes), ahead of the Mexican Yareli Acevedo (22:16) and another local rider, Erika Botero (22:19).

“I was waiting for him after the track, I dreamed of this, I had been preparing for this test, I was working to win and doing it in the best way, I had sacrificed moments and spaces with my family, hard days of racing on the road to be here and on the better form ”, said Hernández at the end of the test to the stopwatch.

For his part, among men, the coffee dominance materialized through Víctor Ocampo, who also met the pre-competition forecasts and won the gold medal in the men’s individual time trial.

The national under-23 time trial champion in his country took the victory in the day to the chronometer over a 26.2 km route, which began in Geneva and ended in the city of Buga.

With this new medal, Colombian cycling in these first Junior Pan American Games 2021 adds 14 golds, 4 silvers and 2 bronzes in the absence of the long-distance events pertaining to road cycling, which will be held this Thursday for women and on Friday for men.