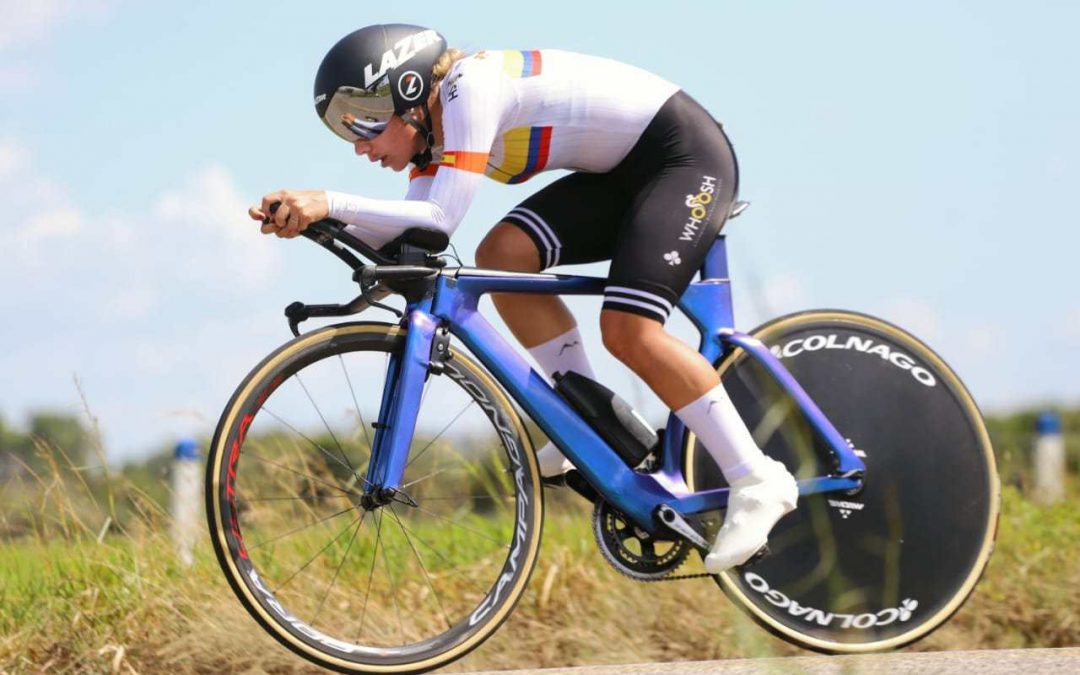 Honoring her title of current national champion of the time trial in the sub-23 category, the Antioquia runner Lina Marcela Hernández (Colnago) confirmed her favoritism in the third stage of the Women’s Tour and was the fastest of a time that He gave him back the Orange race leader jersey.

With authority, the young runner Lina Marcela carried out the 17.1-kilometer time trial that was held this Thursday in the town of Aguazul, in the department of Casanare. The one born in the Antioquia municipality of El Carmen de Viboral flew over the asphalt and stopped the timer in 23 minutes and 23 seconds, assuming the first position of the fraction, which for many minutes was dominated by Sérika Gulumá, from Boyacá, who had registered a time of 23 minutes and 32 seconds.

The national champion asserted her status as queen of this test and won the first position with a time that allowed her to wear the race leader shirt, which she had lost a day ago due to a decision of the Jury of Stewards.

“I am very happy for the victory and for assuming the leadership of the race, I am very happy with the balance of this stage. From the beginning I believed it, I prepared myself for this, since the night before I was thinking that I could do it, I also knew that I had the possibility of taking the lead, although I knew it was going to be hard, that I had to work and have a cool head to achieve it , but I think everything was done as it should be and in the end we got the reward, “said Lina Marcela.

Regarding his good season, he said that “this year has been quite hard, the competitions have been very close due to the pandemic, but it has been a very good year for my record. From the beginning to the end of the year I was doing very well, at the beginning of the year I did it with the National Road Championship, now at the end of the year I do it with these races, which are the most important in the country, so I am very happy with everything. that I have achieved with my team ”.

This Friday the fourth and last stage of the 16th edition of the Women’s Tour will be held, a race that takes place simultaneously with the Vuelta del Porvenir. The peloton will travel an 80-kilometer circuit in the capital of Casanare, Yopal, where it is expected to see the last battle for the title of the race.

Being one day away from getting the title of this race, he affirmed that the 19 seconds ahead of Yeny Lorena Colmenares from Boyacá (Boyacá Avanza), second in the general classification, “are a good difference, it will be a very fast circuit, I am quite calm, because in the technique of a circuit I defend myself very well, in the special sprints, if I had to compete, I would also defend myself well. That is why I am calm and because I have a very complete team that I know will support me ”.