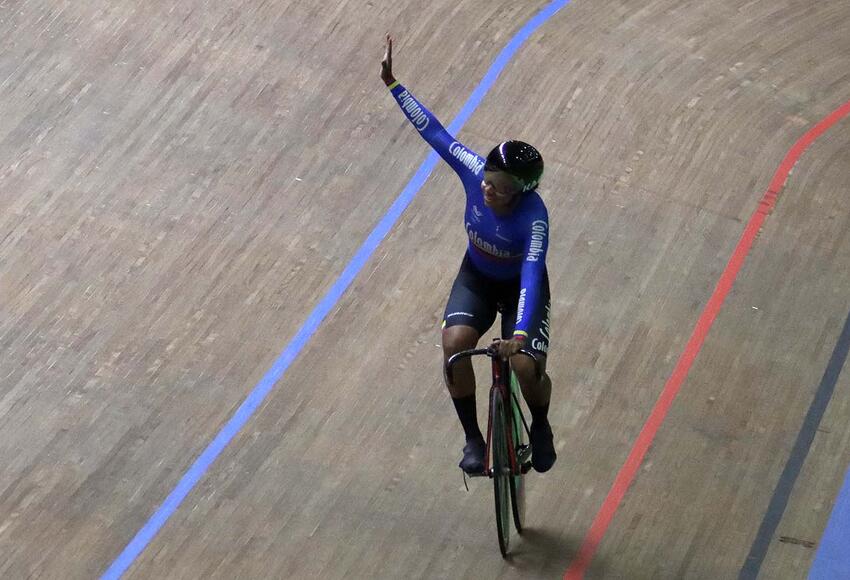 The penultimate day of track cycling at the I Junior Pan American Games maintained Colombia’s perfect performance in terms of gold, while two of its representatives Lina Marcela Hernández and Cristian David Ortega won their second personal titles, by winning the omnium and the speed, respectively.

In Lina’s case, she had the most complicated day, because four times she needed to ride her bicycle to proclaim herself as the most comprehensive cyclist in this fair. Only the Mexican Yareli Acevedo did some resistance and before the last test, the points race, she still had options to take the scepter since she was behind her by only 10 points.

But the local knew what was at stake and added units in the eight packages planned for the event and with 143 lines it became unattainable for the Aztec, who finally finished with 127. With the bronze was the Argentine Maribel Roxana Aguirre. “I am extremely happy to have achieved this result. I dedicate it to all lovers of Colombian cycling and especially to my family ”, said the brand new monarch of the omnium.

For his part, Cristian David’s path was equally long, because on Saturday he had raced in the speed qualifying rounds until the quarterfinals. This Sunday he came to the discussion of the top prize with his partner Carlos Danie Echevery, who beat him in the first series before falling in the next two.

On the first day of competition, Cristian David had lifted the gold in team sprinting, making him 2-2 in terms of success. “I had to show in the final definition how much I had prepared myself. We are great friends, but on the track only one can win and that was me.

For the closing of the track cycling at the Alcides Nieto Patiño velodrome, the distribution of five sets of medals is planned: team pursuit (m), women’s speed, Madison in both sexes, as well as the keirin final for men.