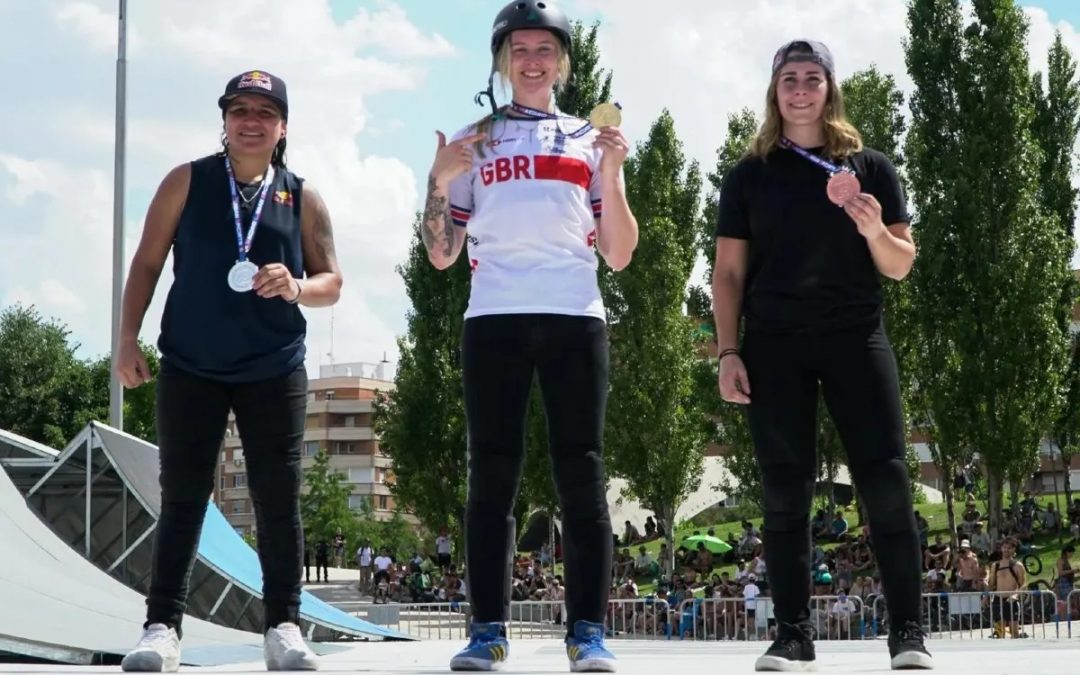 The Colombian Lizsurley Villegas continues her firm path towards the Paris 2024 Olympic Games, after finishing in second place in Madrid Urban Sports, an event of the Urban World Series circuit, which took place in the Central Park of the Spanish capital.

The gold medal of the BMX C1, an international event endorsed by the International Cycling Union (UCI) and also scoring for the 2024 Paris Olympic Games, went to the British Charlotte Worthington, who took first place with two very complete rounds, in which surpassed the Colombian and the Swiss Nikita Ducarroz, who was bronze.

Charlotte, Olympic champion of the modality, won gold by offering the public two perfect rounds with incredible tricks. Whortington started strong, with a 720 in the Funbox right at the start, to mark territory and alert her rivals that she was going for the gold medal.

Lizsurley Villegas, who came to the competition as the current champion of Madrid Urban Sports, competed for gold until the end, despite taking a lot of risks with her tricks: cancans, flips and 360, which left her close to taking another win on Spanish soil.

For her part, Nikita Ducarroz, bronze in Tokyo 2020, who started as the first classified in the semifinals, obtained a third place being very solid in her two rounds, with very marked tricks and sliding throughout the park.

In fourth place, finished Queen Saray, sister of Lizsurley, who together with her twin continues to add valuable points and experience on her way to the Paris 2024 Olympic Games.

It should be noted that Lizsurley had just been crowned champion of the World Cup, which was held within the framework of the FISE event in Montpellier, France.

The MUS had a list of top bikers worldwide, many teams eager to get points in the world ranking for Paris and the special presence of Olympic athletes, who filled the CTO España BMX Park with a pure urban and extreme spectacle. in the Olympic modalities of skateboarding, breaking and bmx freestyle.

The next UCI competition for the Colombians will be the BMX Freestyle Park World Cup, which will take place in Brussels, Belgium, from June 30 to July 3.