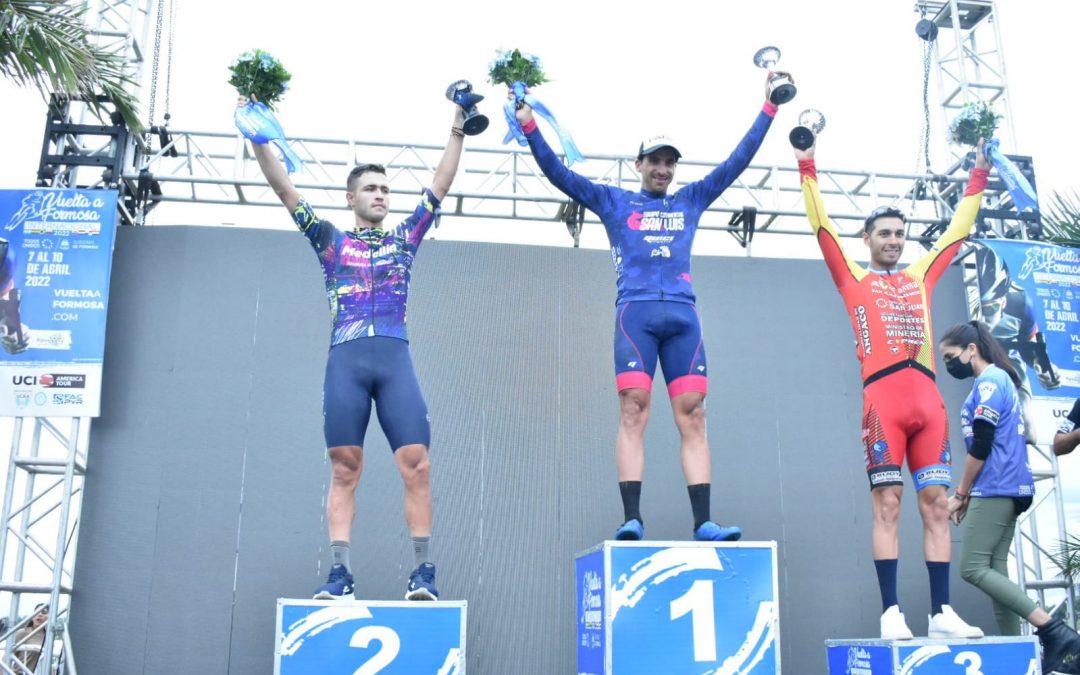 The Argentine Lucas Gaday of the San Luis Continental club dressed in the light blue leader’s jersey in the first stage of the Vuelta a Formosa Internacional that will conclude next Sunday, April 10, after winning the first segment of 138 kilometers between Laguna Blanca and the city from Formosan.

At first the peloton came out calm. Juan Pablo Dotti and Leonardo Cobarrubia from SEP, and the Colombian Bryan Sánchez from Team Medellín won points in the flying goals; while in the second package, the victory went to Nicolás and Gerardo Tivani (Vírgen de Fátima) and Cristian Clavero, from the Argentine Television Union (SAT), completed the points.

The race progressed fast (the pace was 44,350 km/h) and with several breakaway attempts the peloton was cut off. In the final escape, just over 40 kilometers from the finish, 15 cyclists were the protagonists, among whom the podium was finally distributed in the opening segment.

Tivani was the one who took more prominence, and tried again and again to separate himself from the platoon that he led. However, Gaday’s efforts to hunt him down succeeded and he, reaching the last meters, launched a long sprint that allowed him to win. After him came the Colombian Ocampo and San Juan Tivani, who completed the podium.

This test has a route of 522 kilometers in the province of Formosa, developed in five stages and in which 135 cyclists participate, distributed in 22 teams.

This Friday the contest continues with the second stage at 9 am, with a 12-kilometre individual time trial on the Costanera Vuelta Fermoza. On the same day, stage three will take place, starting at 3:00 p.m., departing from the capital city through Highway 11, to Tatané with a left turn on Route 1, returning through it.