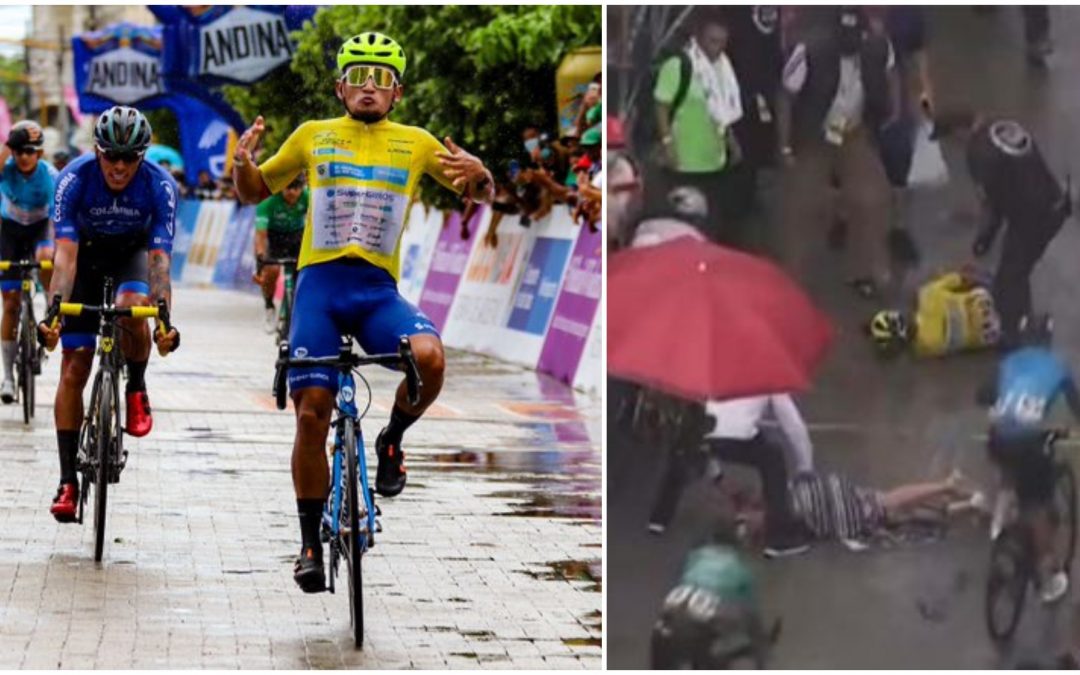 Luis Carlos Chía won his second victory this Sunday in the 72nd Tour of Colombia by winning the third stage, which ended in the northern city of Montería, although with the bad luck that when he let go of the handlebars to celebrate with his arms raised he ran over his wife who was taking photos.

The couple, cyclist and photographer, went to the flat after which the leader of the race recovered, but his wife, Claudia Roncancio, had to be taken to a clinic to receive care. According to the newspaper El Tiempo, Chía’s partner remains under observation and received four stitches due to the fall.

In a chaotic finish also due to the rain, Luis Carlos Chía (SuperGiros Alcaldía de Manizales) claimed success in a fascinating sprint comeback, after cycling 123.9 kilometers between Sincelejo and Montería.

The 25-year-old cyclist from Soacha, who consolidated his leadership of the race, crossed the finish line first ahead of the men from Colombia Tierra de Atletas GW Shimano: Óscar Quiroz and Nelson Soto, who finished second and third position.

Control in the main group was exercised by Orgullo Paisa and Colombia Tierra de Atletas GW Shimano, who 30 kilometers from the finish, began to set a strong and constant pace to exterminate the breakaway and take the decision of the stage to the packaging, where the leader was the strongest.

This third day was accompanied by rain, so the streets through which the lot rolled were flooded. The slippery floor made it difficult to stop and also maintain control of the bike, so several riders rolled on the floor in a curve a few kilometers from the finish.

In the first stages of the day, the Mexican Cristopher Torres (Canel’s Zerouno Mavic) and the boyacense Óscar Fernández (Team Boyacá Avanza) starred in the escape, but passing through Sahagún they were supported by the great peloton.

This Monday the fourth stage of the Colombian round will be run, the first mountainous fraction leaving Caucasia and ending in Yarumal, over 158.4 kilometers. In total there will be 10 days of competition until June 12 with a total distance of 1,427 kilometers.