Luis Gómez, first winner in the Tour of Venezuela 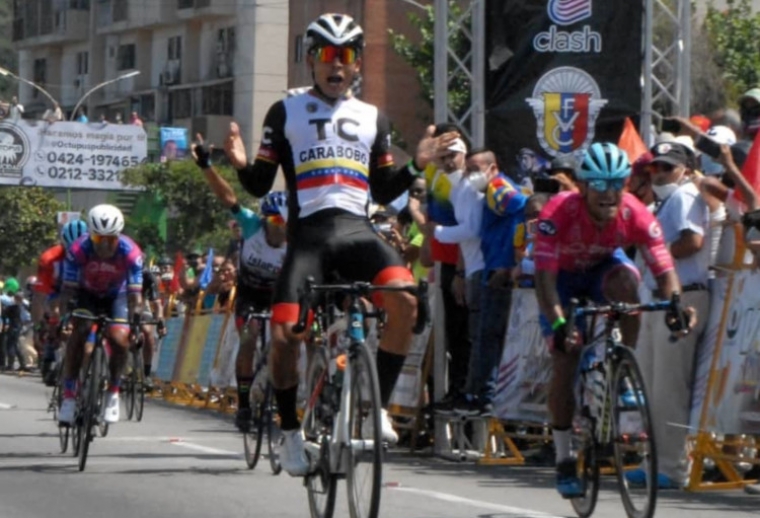 In a sensational finale, the Venezuelan rider Luis Gómez, 2021 Elite route national champion, (Team Carabobo), won the first stage of the 58th edition of the Tour of Venezuela, held this October 31 over 120 kilometers on a circuit from the coastal state of La Guaira.

Gómez completed the journey with a time of 2:35:17, escorted by his compatriots Xavier Quevedo (Venezuela Country of the Future) and Héctor González (Nueva Esparta Selection), reported the Venezuelan Cycling Federation.

The national road champion of the South American country went on to lead the general classification and by points, while the Colombian Julio Tabares (Strong Cycling del Valle) commands the sub-23 category.

The stage began at 10:05 am in the town of Catia la Mar, with 105 participants accompanied by the sea breeze. In the first 20 kilometers there were few movements. It was not until kilometer 27 that Neo-Sparta Junior “Congo” Romero (Selection of Nueva Esparta) and Reinaldo “El Cunaguaro” Arocha (Pegaso – La Guaira) left the lot.

After the first sprint, the escape attempts continued, setting an insurrection made up of 22 riders, with an advantage of more than a minute at the end of the second sprint (by points), with Pedro Gutiérrez, Pedro Gutiérrez (Fina Arroz – Venezuela Country of the Future).

The third bonus sprint was for José García (Bolivarian Government La Guaira). Everything was consummated for a spectacular arrival among the 21 runaway riders, with Luis Gómez (Team Carabobo) being more forceful in his packaging to stay with the first stage of the Venezuelan lap; run with an average speed of 37 km / h.

The Vuelta a Venezuela will celebrate tomorrow the second stage over a 130-kilometer circuit in the Valles del Tuy, in the central state of Miranda. The category 2.2 event on the International Cycling Union calendar will cover a total of 1,100 kilometers, divided into eight stages that will also go through the state districts of Aragua, Carabobo, Yaracuy and Portuguesa.