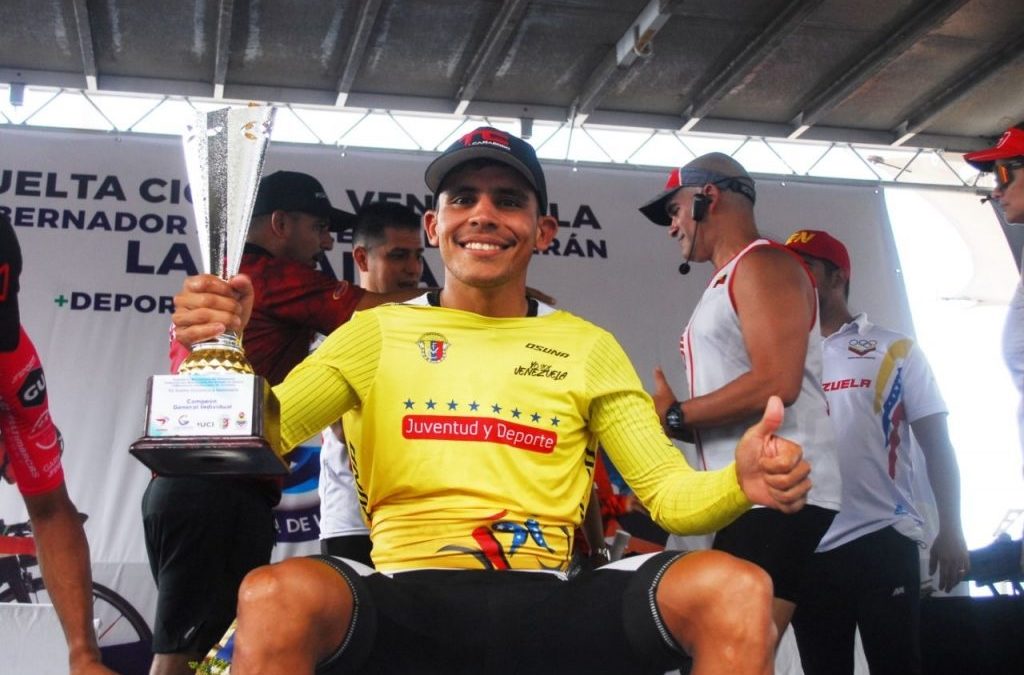 Luis Gómez won the title in the Tour of Venezuela for the first time in his sports career, after resisting the harsh attacks for five stages when he dressed in yellow and came fourth in the eighth and final stage, won by Stefano Gandin (Team Corratec-Italy). .

Gandin, along with his teammate, the Serbian Dusan Rajovic, became the only ones to double in wins, in addition to the fifth set for the eight-leg Italian squad. Gandin’s time was 1 hour, 50 minutes and 55 seconds, escorted by Jorge Abreu (Fina Arroz Venezuela País de Futuro) and Julio Blanco (Caracas Metro La Guacamaya) closed the podium with the same figure.

Gómez from Team Carabobo, 26 years old, born in the town of Viento Fresco, in the state of Monagas, “threw himself to death” in the last kilometers to defend the maximum jersey of the event, which started from Puerto Ordaz on the 24th of July and closed this Sunday 31st, on the Punta de Macuto straight, in La Guaira.

The last chapter of 105 kilometers started from the Meseta del Mamo, in front of the Caney del Chivo, where the 109 runners who remained in action with the leader of the competition Luis Gómez (Team Carabobo Hernández Foundation) went to dispute the epilogue.

Before the start, Gómez said that he was calm, without anxiety, confident in the team’s work, since it was a short test, where four intermediate emotions (sprint) were disputed, in the 10-ring circuit.

Once again there was a fall before the dispute of the first sprint, where the most injured was Christian Laya (William García Amadeus), who received three stitches in one leg, although 11 other runners also rolled, none among the first of the single overall.

While the first escape attempt was that of Julio Blanco (Caracas Metro La Guacamaya).

The first sprint was won by the Serbian at the service of Team Corratec-Italy, Dusan Rajovic, the only one so far with two partial wins, Reinaldo Arocha (Gran Misión Transporte Venezuela) and Isaac Yaguaro (Lotería del Táchira) passed his wheel.

The second sprint was taken by Arocha, escorted by Rajovic, but this time the third to score was Stefano Gandin (Team Corratec-Italy).

For the third, Rajovic led the way, along with Weimar Roldán (Team Medellín EPM-Colombia) and Johnny Araujo (Bolivarian Government of Trujillo Orbea).

The fourth and last of the national tour went to Jorge Abreu, Carlos Torres and Godoy in that order, who tried to leave the lot, where Gómez was going, but the lot was able to react, but not so with Abreu, who took about 15 seconds, compared to to the batch

From storm to fresh wind

It was not easy for Gómez in the last kilometers, because with only two seconds difference over César Sanabria (Fina Arroz Venezuela País de Futuro) and another six not too far away, the monaguese at the service of Team Carabobo, showed strength, drive and courage to come out of the storm and come fourth in the stage, honoring the name of its origin, Viento Fresco.

“I threw myself to death”

The new monarch of the national tour, who adds his crown to the 2021 National Championship, felt anxiety and crisis for the first time, when his main opponents attacked him to the point that he was 40 seconds away, more than enough to lose the ultimate delicacy

“I jumped to my death. I knew it was the only thing I could do, it was the most critical moment, but together with my team I managed to reach the finish line,” said Gómez.

«The victory is dedicated to my family, to my people in Viento Fresco, in Monagas; to Team Carabobo, who have given me their support since I arrived, to my teammates who gave me that push since I took the lead », he added.

He also had words of thanks for Eliezer Rojas, president of the Venezuelan Cycling Federation (FVC).

Now Luis Gómez, who also graduated in the Regularity classification, will travel to Peru next week, where he will compete with the Venezuelan national team.