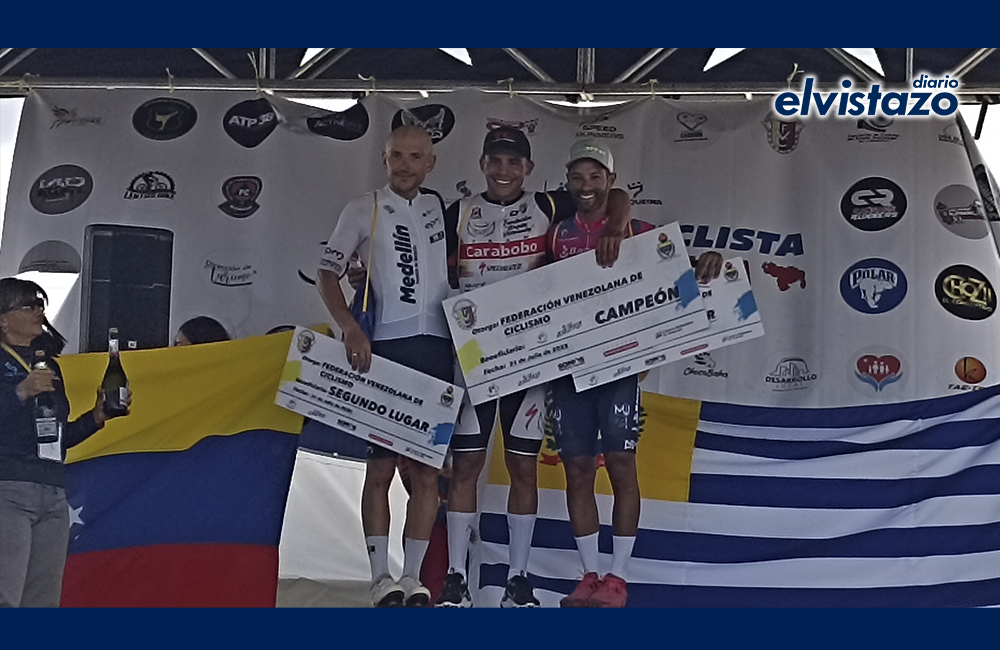 The Venezuelan Luis Gómez had the arrest to liquidate in the sentencing line at Paseo La Virgen, in the town of El Tigre, in the third stage, enough to become the new leader of the 59th Vuelta a Venezuela.

The third chapter began with a delay of one hour, as it was the preamble to 153.3 kilometers of extremely high tension, from Libertador Avenue in Leonardo Ruíz Pineda Park, in Ciudad Bolívar, with falls and escapes, the last of about 20 kilometers of 14 cyclists, where the calls went to exploit the final packaging.

Gómez, from Team Carabobo, but born in Monagas, managed to beat Weimar Roldán (Team Medellín EPM-Colombia) and Creole Miguel Ubeto (Banesco) at the finish line, all with the same figure of 3 hours, 15 minutes and 10 seconds.

With the victory, Gómez, cut the Italian dictatorship, by displacing Stefano Gandin, to become the new leader of the Venezuelan turn, with a time of 8 hours, 45 minutes and 19 seconds, escorted by César Sanabria (Fina Rice Venezuela Country of the Future) at 6″ and Jhonny Araujo (Bolivarian Government of Trujillo) closes the podium at 7.

It was a stage, where there were five falls, some stronger than others, which required road assistance for the most affected riders, while others.

The worst incident originated in the Angustura Bridge, almost at the end of the stage, when a group of cyclists fell, where the most affected were the Colombian Jhon Patiño (Team Gesprom) and Sergio Muñoz (Bolivarian Government of Mérida -Leonardo Sierra). who were transported in ambulances.

It was then that the attacks began a few kilometers from the finish line, before an impeccable sun in the town of El Tigre, where the monaguese Luis Gómez liquidated at the finish line, in a place well known by the easterner, because it was there where He started at the «Williams García» school.

This Wednesday, July 27, the fourth stage of the Venezuelan tour will be held (10:00 am) with the circuit in Valle de la Pascua (Guárico) of 137.7 kilometers.