Luis López, champion of the Tour of Honduras 2022 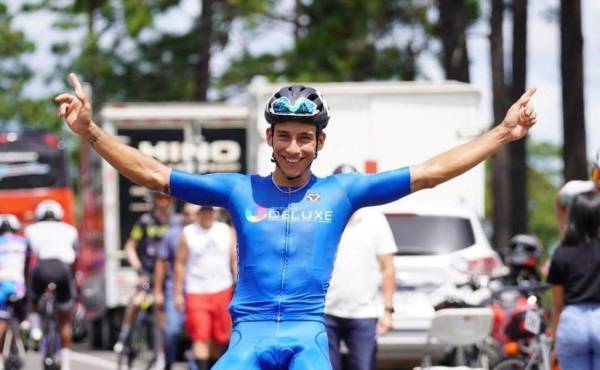 The second edition of the Vuelta Ciclista a Honduras 2022 concluded a few days ago with the victory of local rider Luis López, from the Óptica Deluxe team, who won the fifth and final stage and climbed to the top of the individual general classification.

In that last segment there was a lot of action, effort and strength for each of the cyclists The catracho rider had an attack six kilometers from the finish line and with it he secured the 2022 Vuelta Honduras championship.

That fifth stage was the longest of all, because it began in Comayagua, went through the Dry Canal and ended at the Zambrano toll, that is, they ran approximately 132 kilometers.

Central American Under 23 champion, protagonist of the best competitions in the region and owner of a Pan American medal, López considers that the four hours of training a day support that “the bicycle consumes almost all the time”.

“It was an illusion that I had, to win at home, but I also knew that it was quite a strong competition and that we had a disadvantage on the first day due to the type of race of that stage (a time trial). I knew how to be patient and try at the last moment, ”said the new monarch.

He finally commented that after competing in Guatemala he will come with a new project. “I am going to return in November to live in Honduras to bet on the Olympic Games in the mountain modality. That is our goal right now. I am going to change the route to Mountain because I like it better and I compete individually”, he assured.

On the other hand, Freddy Díaz, president of the Honduran Cycling Federation, transmitted on his social networks a thank you to all those involved who were part of this second edition, which had 18 teams, 132 runners and 11 countries, who gave a true spectacle on the roads of Honduras.

“Without a doubt we are evolving and we hope to do better year after year. Congratulations to the winners, especially to the new champion of the Vuelta, the Honduran, Luis López. New projects are coming, even bigger ones for Honduran cycling, let’s be patient, let’s collaborate in what we can, sport is to unite us “, he concluded.