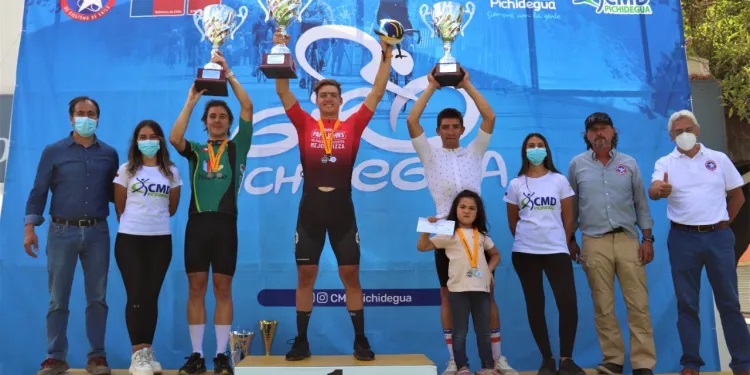 Manuel José Lira, who represented Team Papa John’s, won the grand prize of the Giro Pichidegua Elite 2022, after being the best in the Individual general classification with a time of 7:24:21 hours, ahead of Martin Westermeyer ( Regional Pelarco) and José Luis Rodríguez (Club Ciclista Austral Patagonia)

The event, concluded last weekend and divided into three route stages, between the communes of Pichidegua and La Estrella, was attended by 23 teams from Antofagasta to Coyhaique, competing in Elite, Sub-23 and Junior categories.

A total of 150 riders participated, who had to overcome a new challenge on their route, including the Guadalao – Las Chacras section, curves and long slopes that were added to the already traditional El Álamo slope, putting to the test all the physical and psychological part of the competitors and positioned the Giro Pichidegua as one of the toughest competitions in Chile.

Meanwhile, Adrián Alvarado from the Melipulli Cycling Club won the first stage of the Giro, the second went to Felipe Pizarro from the Curicó Cycling Union Club and the third went to Cristian Arriagada from the La Higuera Bequick A Team.

With the leader’s jersey, José Luis Rodríguez rose to the mountain with 37 points, while the leader of the flying goals was Manuel Jose Lira himself with 14 points, followed by Cristian Arriagada (Team La Higuera Bequick A) just a hairline behind difference, and the aforementioned José Luis Rodríguez with 10.