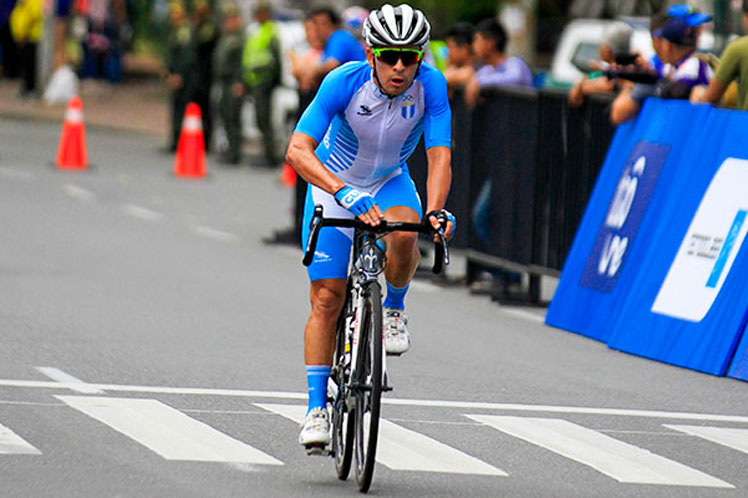 The maximum exponent of road cycling in Guatemala, Manuel Oseas Rodas, swore in his participation in the Tokyo Olympic Games on Wednesday, as part of the delegation of 21 athletes from 10 disciplines that will represent their country in the Japanese capital on July 23 to August 8.

This will be Manuel Rodas’ third presentation at the Olympic Games. He previously was present in London 2012 and Rio de Janeiro 2016, so the 36-year-old cyclist from the department of Quetzaltenango will become the Guatemalan cyclist with the most participations in an event of this level.

“I know that running the Olympics is a great commitment and requires great preparation. I am aware that it is difficult to compete in some games, but my intention will be to have a decent race, ”Rodas told the media.

The athlete thanked God and his family for his support, while highlighting that it is an honor to be the only national cyclist to participate in three Olympic Games. “I hope to continue standing for a long time, as I consider having the battery for a new Olympic cycle,” he said.

The two-time winner of the Tour of Guatemala and member of the Decorabaños national team is part of a delegation that will have the largest payroll in the walking specialty (seven athletes) with its greatest exponent in Erick Barrondo, Olympic silver in London 2012.

The official appointment of the athletes, dressed in the official dress uniform designed for the Olympic tournament, took place at the Palacio de los Deportes in Guatemala. The Japanese ambassador to that country, Yamamoto Tsuyoshi, congratulated them on their classification and added: “Every drop of sweat from an athlete not only brings effort, but the dreams of an entire nation.”