MARCO BENFATTO, FIRST LEADER OF RETURN TO TACHIRA BY BIKE 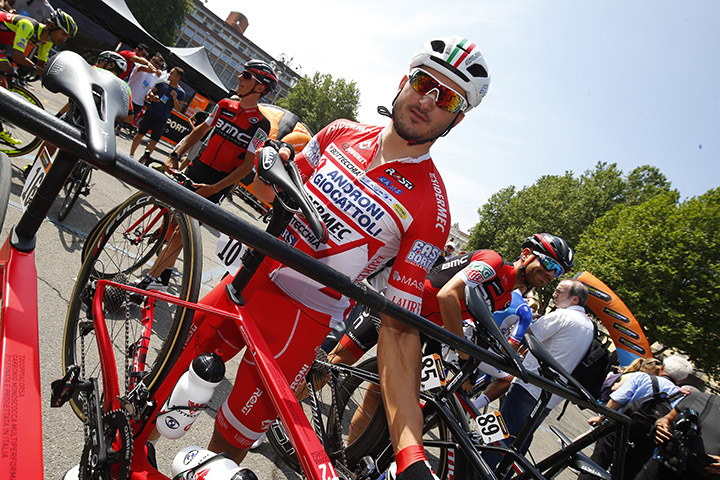 CARACAS. The Italian cyclist Marco Benfatto (Androni Giocattoli-Sidermec) has put on the first leader’s jersey of the 54th edition of the Vuelta al Táchira en Bicicleta after winning the first stage, a day of 124.8 kilometers with start in the locality of Bramón and goal in the city of Rubio.

In the final urban circuit of Rubio, Benfatto was the fastest and won the sprint ahead of local Orluis Aular (Gov. Miranda-Trek) and Isaac Simón Yaguaro (JB Sportswear), second and third respectively.

From the beginning of the stage in the Torrefactora Plant of Concafe in Bramón, the emotions were ignited in the peloton and after making the controlled descent to the town of Rubio, the official exit of the circuit in the pontoon city was given, with a massive assistance from amateurs who in their persistence gave their support to the race.

In the first circuits the cyclists accelerated the pace, with the teams GW Shimano, Androni Giocattoli, JB Sportswear and Venezuela País de Futuro working for the intermediate prizes for the fastest in the main roads of the municipality.

When arriving at the Ecuador of the stage, a cash of the Osorio Motos squad, managed to escape with a strong pedaling, managing to distance itself from its pursuers and being a momentary protagonist of the competition, until in the last circuits the squad finished with their options.

In the end, massive arrival and victory in a tight sprint for the Italian of Androni Giocattoli-Sidermec.

Benfatto will defend the leadership this Saturday in the second stage, of 144.3 kilometers and that will link the towns of San Cristóbal and Borotá.

A total of 125 cyclists from twelve national squads and ten foreign teams will fight until January 18 to take the final victory in the Vuelta al Táchira en Bicicleta and to take the winners of the “Vuelta Grande de América” ​​to the Venezuelan Pedro Gutiérrez, winner of the last edition. (EFE)