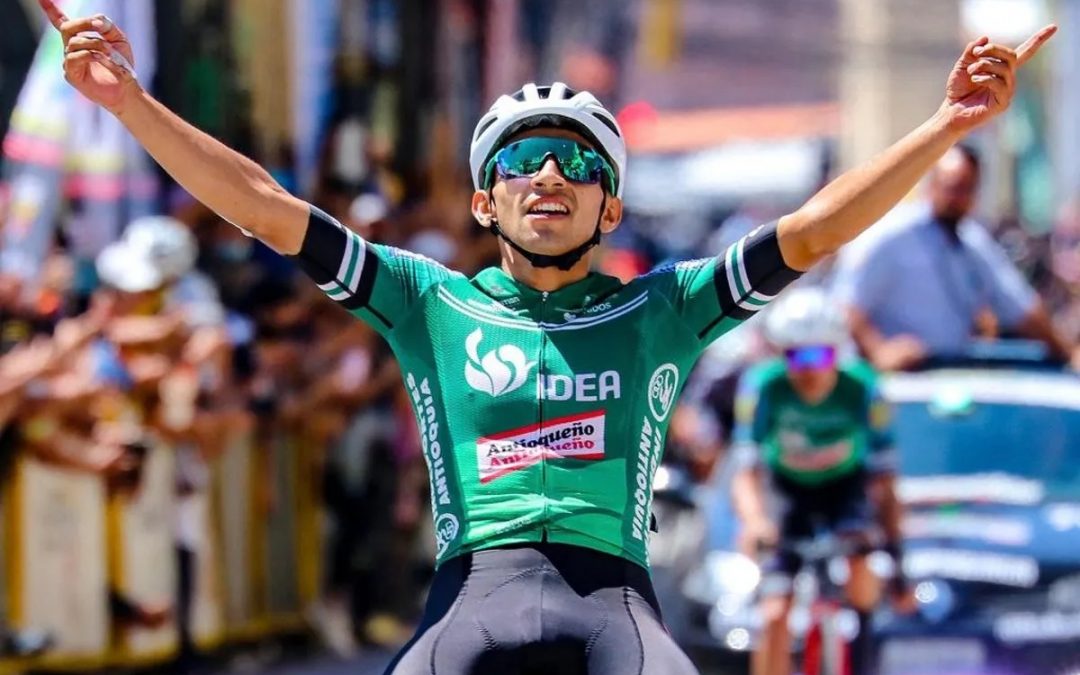 The Colombian Marco Suesca won the fourth stage of the 57th edition of the Tour of Táchira, and his teammate Kevin Cano escorted him to the finish line in Plaza Bolívar de Mérida, where Didier Merchán (Drone Hopper-Androni) was the third seat, in which constituted half of the route of the Andean race.

Suesca, representative of the Orgullo Paisa Idea Indeportes Antioquia, crossed the finish line in 2 hours, 45 minutes and 27 seconds; starting from Lagunillas to Mérida, where the caravan had to complete a circuit of six ring roads of 15 kilometers each, to then climb 12 to the finish line.

The fourth fraction began with a 21-kilometre undulating section, used by three runners to venture into the breakaway: made up of Colombian Andrés Camilo Pedroza (Team Herrera Sport) and Venezuelans Máximo Rojas (Carabobo Team) and Nelson Camargo (JHS Moya Group).

The lot kept the advantage of the escapees under control for around two minutes. With 30 kilometers to go, one of the leaders was losing ground, leaving only Pedroza and Camargo at the head of the race. With the Paisa Pride in the first positions of the platoon setting the pace, little by little they reduced the difference, hunting down the survivors of the day’s escape.

A circuit that had several protagonists, including the third of the general Xavier Quevedo; who came to make differences that placed him as a transitory “capo” of the competition.

It was a small lot, where Máximo Rojas (Team Carabobo) from Carabobo was also present; who is fighting for the sprint jersey and the Colombian Andrés Pedroza (Herrera Sport Ropa Deportiva).

It was a circuit that was divided into three lots, where the leader Quevedo was; like Roniel Campos (Deportivo Táchira), among others.

But it was on the long climb, on the way to Plaza Bolívar in Mérida, when the calls to go for the title came out strongly; including teammates Sueca and Cano, Campos, Luis Díaz (Team Saavedra A Gelvez Indeporte), Merchan, Anderson Paredes (F. Ángeles Orgullo Andino), among others.

But with one kilometer to go Suesca and Cano took command and the former prevailed in the stage, escorted by his partner; who crossed the finish line and hugged each other in celebration of the one-two of Paisa Pride.

Suesca also became the first mountain leader, followed by Cano; while the general by points is still held by Xavier Quevedo; by teams, Fina Arroz País de Futuro is in the lead.

For his part, Juan Espinel, who was third overall in the third stage, managed to get into the top 20 to become the new leader of the Vuelta; the fourth of this edition that the yellow jersey is placed.

This Thursday the fifth stage will be held, the first high mountain over 101.4 kilometers starting in the town of La Tendida and ending in La Grita, where the climbers and contenders for the race title will begin to measure strength.