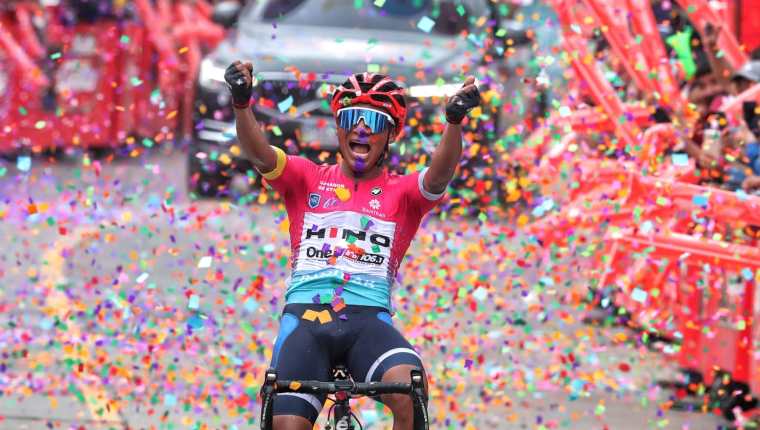 The fourth stage of the 61st Cycling Tour of Guatemala left the local rider Mardoqueo Vásquez from Hino-One La Red as the winner, who crossed the finish line in Pamezabal, Sololá first to be the new leader of the event, which will conclude next Sunday in the country Central American.

This fourth segment was very worked, since it had a degree of difficulty that was marked by the mountainous terrain where the cyclists were required to the maximum of their abilities and more than one decided to withdraw without passing the sentence line.

The great winner of the so-called Reina stage was the national rider Mardoqueo Vásquez with a time of 4 hours 5 minutes and 31 seconds, followed by Sergio Chumil 2:16 minutes later and Wilmar Pérez from Colombia entered third with the same time.

“I must thank all my teammates for this victory, which I was looking for from day one, but only today it was given to me. Now the challenge is to keep this jersey until the end of the race”, Vázquez, winner of the last edition (2020) and a strong contender to defend his title, told local media.

This Thursday the fifth stage of the Vuelta a Guatemala will be run over 127.5 kilometers, with the caravan starting in the central square of Totonicapán, and which includes a circuit of six laps in Salcajá and will continue through Palestina de los Altos, San Pedro, San Marcos and Esquipulas Palo Gordo.

The contest brings together more than 130 cyclists from 20 teams, 14 nationals and six foreigners with Mexico, Panama, Ecuador (two) and the Netherlands.

The end of the Vuelta will be next Sunday, when the multicolored snake leaves Finca El Zapote, Guatemala, circles the peripheral ring five times and returns to the starting point.